WATCH - EFF: Let's go outside and moer each other 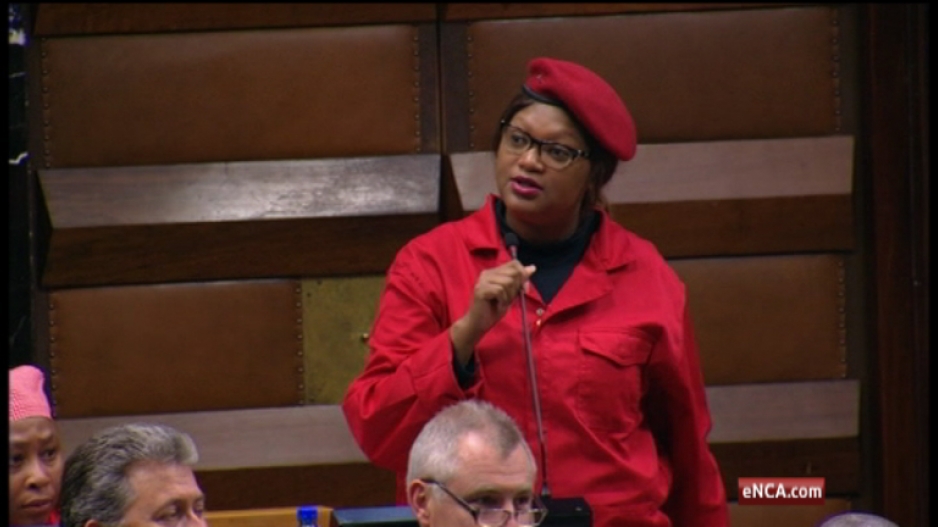 EFF MP Natasha Louw asked an FF Plus member in Parliament if they should go outside "and moer each other".

Louw rose on a point of order and said she would not tolerate a white man speaking to her in a certain manner. It&39;s understood she was complaining about comments made by Freedom Front Plus MP Pieter Groenewald.

“How dare he speak to us like that? How dare he? He’s standing here by the door swearing at us,” she said.

“If he wants to moer us let’s go outside and moer each other,” she said.

Zuma was answering a question about the recent Brics summit in Russia.

At the start of the session the EFF complained that their question was the last one on the list.

Spokesperson for the EFF Mbuyiseni Ndlozi said they wanted their question on when Zuma will pay back the money for Nkandla to be prioritised.

"South Africans must know you put this question last because you don’t want it to be answered," said Ndlozi.