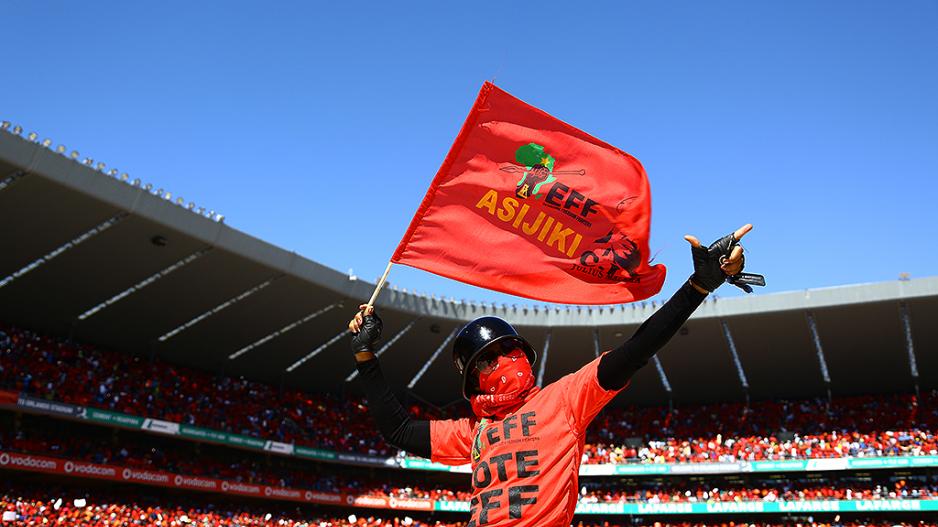 JOHANNESBURG – With less than a month to go to the 2016 municipal elections the Economic Freedom Fighters (EFF) have launched an attack against the Johannesburg Metro Police Department over the removal of their party&39;s election posters.

The party has condemned the removal of its posters in the city by Johannesburg Metro Police.

EFF National Elections Spokesperson Veronica Mente said that these are acts of political cowardice and intolerance that belong to the past and that the removal of posters constituted violation of the freeness and fairness of the campaign.

EFF CONDEMNS THE REMOVAL OF POSTERS BY ANC AND JMPD

“The JMPD has targeted EFF posters throughout this local government campaign, in particular its banners across the city”, Mente said.

The EFF have taken a decision to report the removal of their banners and posters by the JMPD to the electoral court with a motion to have the African National Congress be banned from standing for elections in Johannesburg.

“If the ANC is not disrupting EFF meetings, stoning our members, it is removing our posters with its JMPD,” added Mente.

The EFF say the ANC by-laws as the ruling party in Johannesburg should comply with the electoral period and be suspended to permit free campaigning.

“These elections must be free and fair, that included allowing political parties to freely camping. “

JMPD Chief Superintendent Wayne Minnaar said there is no truth that the JMPD IS targeting the EFF and that all political party posters and banners not complying with laws for posters in the city will be removed.

"There is no such targeting the EFF. If there are banners and posters, from any political party on buildings or walls they will be removed because they are in violation of the law. It is Illegal" he said.

“The posters are only to be put up on lamp posts and other prescribed sites.”

Minnar added that the EFF are welcome to take the JMPD to the electoral court about the removal of their posters.