EFF not talking any coalitions yet 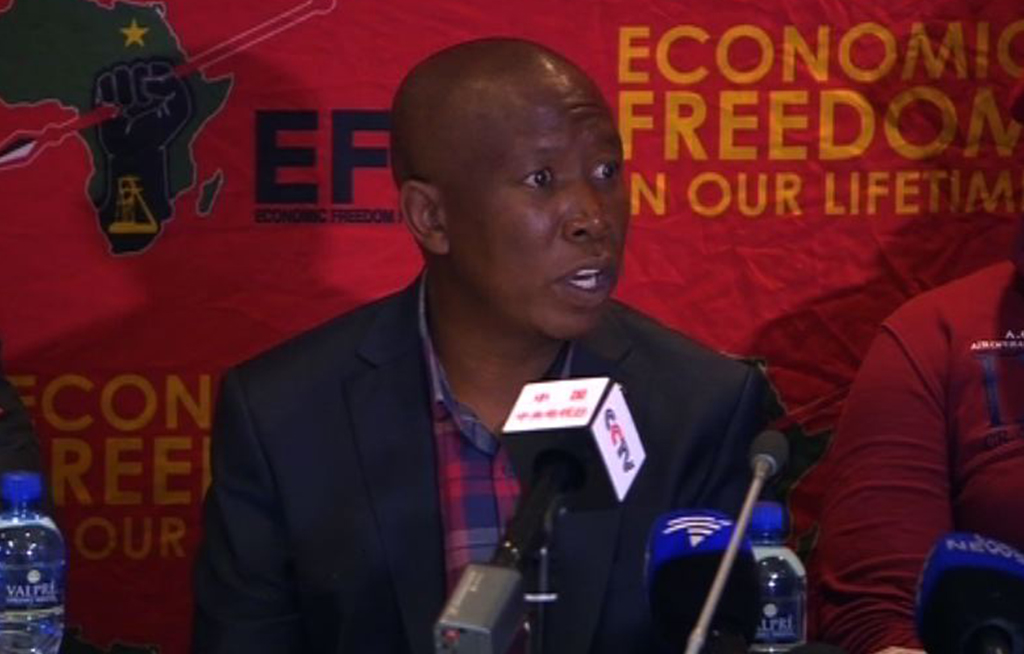 5 August 2016 - EFF leader Julius Malema says his party is open to discussions with the ANC about coalitions. But he says no one has approached the EFF for such talks.?

PRETORIA – The Economic Freedom Fighters are not in any coalition talks with either the Democratic Alliance or the African National Congress, the EFF said on Saturday.

“People are talking about talks but there are no formal negotiations taking place. Everyone is warming up… remember we have been at each other’s throats since the birth of the EFF, so there are no formal talks through which the party has sent someone to represent it,” EFF spokesman Mbuyiseni Ndlozi said on the sidelines of Electoral Commission of SA (IEC) national results operations centre in Pretoria.

The DA has clinched key metro municipalities such as the Eastern Cape’s Nelson Mandela Bay, Cape Town in the Western Cape, which it retained with over 66 percent of the vote, and a majority status in Tshwane. The country’s main opposition party would have to form a coalition with another party in order to govern fully in Tshwane and Nelson Mandela Bay.

EFF leader Julius Malema said on Friday that if the DA and the ANC wanted to talk there would be conditions, such as the issue of land.

The Johannesburg metro vote tally was still outstanding on Saturday, with 91 percent of votes tallied by lunchtime. The DA trailed behind the ANC with 40.63 percent, while the governing party led with 42.65.