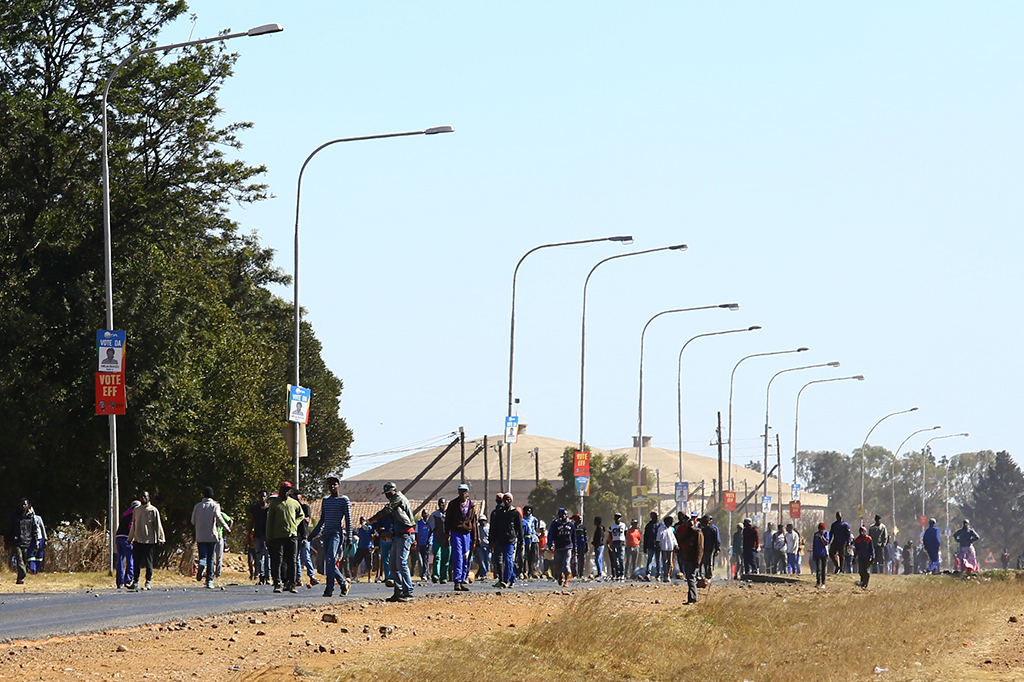 22 July 2016 - Protesters from Sicelo township in Meyerton, south of Johannesburg, block the R59 and with stones and burning tyres as they vent their anger over poor service delivery in the area.

He said the owners of the land are now trying to obtain an urgent interdict against the illegal occupation.

"Even today [Saturday] we had close to a thousand people there to register," he said.

Baloyi has been in hiding since service delivery protests started in the area during the past week.

He believes his life is in danger.

The mayor spoke to eNCA on Saturday night from a secret location.