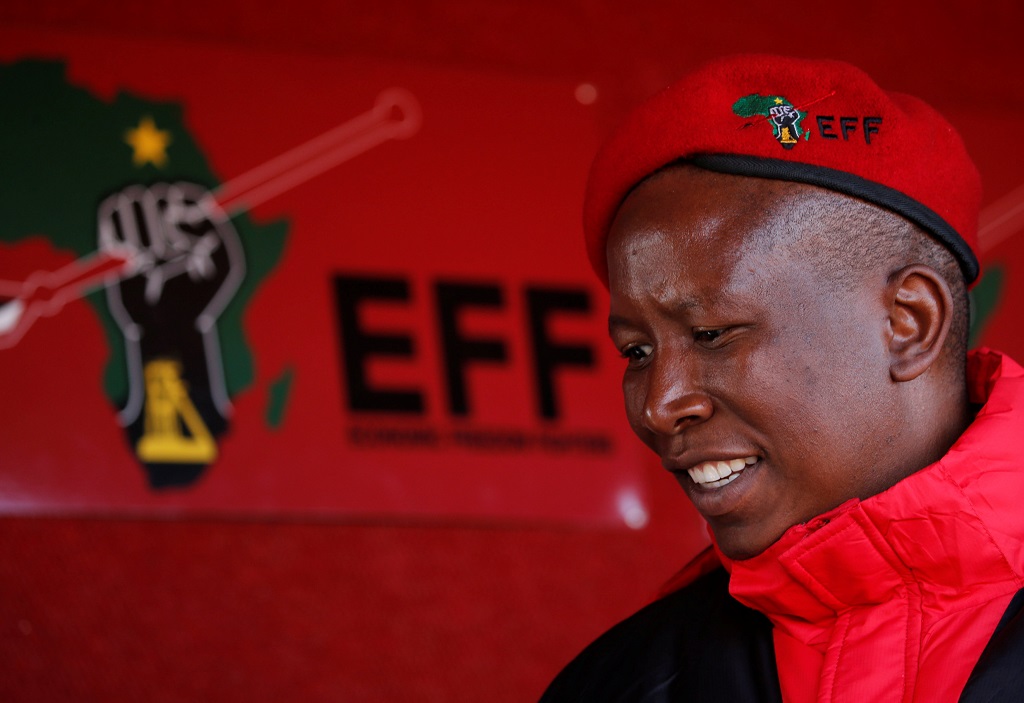 Julius Malema, the firebrand leader of the EFF looks on before addressing his supporters during his campaign, ahead of the August 3 local government elections, in Etwatwa, a township near Benoni, South Africa July 27, 2016.

JOHANNESBURG – EFF leader Julius Malema says his party will not be part of any coalition and is working to ensure that the ANC is removed from power.

He says his "red brigade" will remain in the opposition benches.

But Malema said the party will vote for other opposition parties in hung municipalities.

“We are not co-governing, we will not compromise the brand EFF – we will vote for the opposition because the ANC must be removed from power and this is the start of removing the ANC from power. We can’t be neutral, if we are neutral it means we are sell-outs and cowards it means we don’t want to take a stand. We have taken a stand and we are voting for the opposition,” said Malema.

He says the party will not “delay service delivery because of ideological differences”.

“The ANC will not get a single vote from the EFF. DA will get our vote in Johannesburg if they meet one condition we have put forward – which is between us and them,” said Malema.

According to Malema these are the parties that will get the EFF vote in hung municipalities:

Malema was addressing the media from Alexandra in northern Johannesburg following several meetings with the ANC and DA.

The EFF leader said the ANC was non-committal on their demands for a coalition. These demands included:

The EFF could also not agree with the DA on the following issues:

“We are happy to say to our people we will not be going into a coalition with anyone. Therefore the EFF will be assuming its seats as the opposition. We feel very strong that the EFF must earn its position in the municipalities and provincial government. The EFF must not want to get power through a short cut,” said Malema.