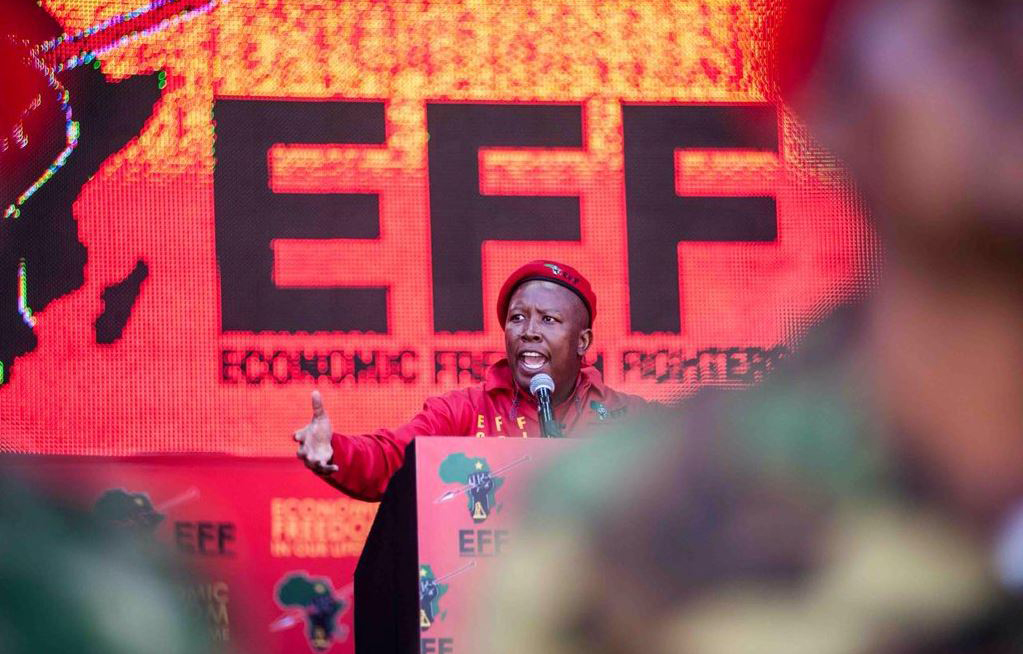 Malema: South Africa, I present to you the EFFmanifesto

JOHANNESBURG – The more than one million people who voted for the Economic Freedom Fighters in the 2014 general election will never regret doing so, EFF leader Julius Malema said on Saturday.

“We thank over one million of our people who voted for the EFF in 2014, and promise today that they will never regret doing so. The EFF is only three years old, but is competing with long established parties in Parliament. EFF has surpassed these parties competitively… we are actually better than them,” he said to loud applause at the launch of the EFF’s August 3 local government elections manifesto at the Orlando Stadium in Soweto, Johannesburg.

Malema: Zuma will not be president in 2019

Parliament was no longer “for the elite and colonialists”, but a “people’s assembly”.

Malema: We only speak truth to power.

“We made those MPs to respect the public protector and her office… it is no longer a Parliament of MPs who fall asleep… even [President Jacob] Zuma doesn’t fall asleep anyway; the old man is always awake because there is no longer a bed of roses there,” he said.

Malema: You have been voting for existing parties but you still don&39;t have services.

The EFF’s umbilical cord was buried in Soweto, where a “people’s assembly” met and decided to form a political party in 2013. The party identified with Soweto struggle icons such as June 1976 student movement leader Tsietsi Mashinini.

“We are here to say to the June 16 generation that we picked up the baton and are continuing,” Malema said.

@EFFSouthAfrica CIC Julius was on fire. Nothing but the truth. Love it EFFManifestoLaunch

Couldn&39;t help myself but be PROUD of the @EFFSouthAfrica. There&39;s a great future in this party