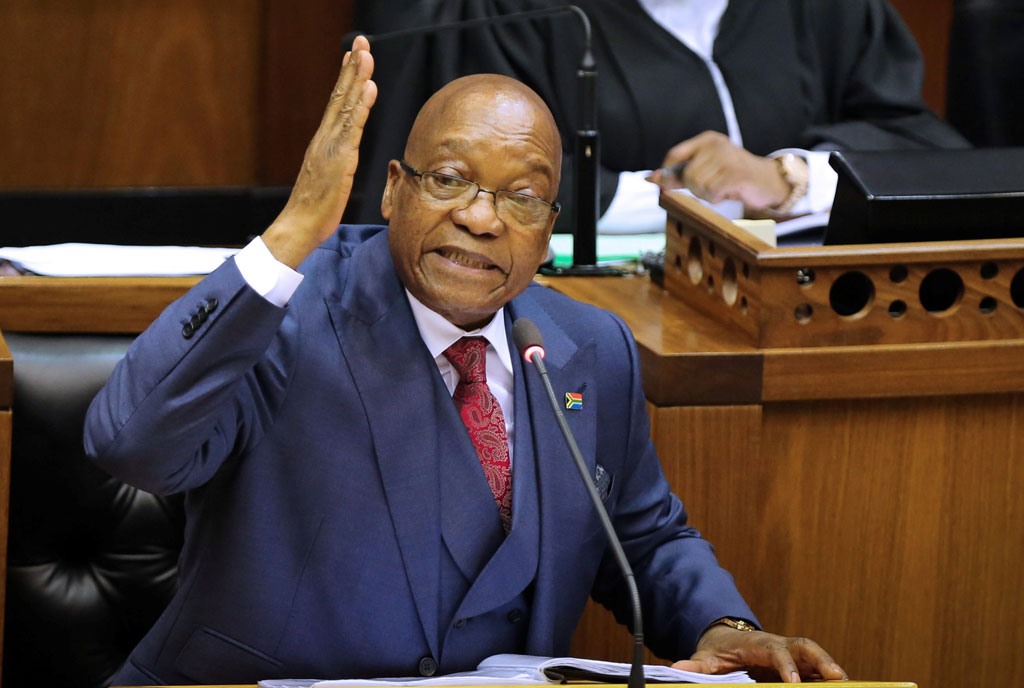 JOHANNESBURG - The Economic Freedom Fighters (EFF) on Saturday requested National Assembly Speaker Baleka Mbete to allow for the upcoming vote on the motion of no confidence in President Jacob Zuma to take place via secret ballot.

The motion is set for debate in Parliament on February 22.

In its letter, the EFF said there were various events that have led to a "toxic atmosphere" which it believes is "sufficient grounds for a secret ballot in order to protect the integrity of the result of the vote, security and livelihood of MPs."

The events include threats of violence associated with the previous motion of no confidence, "intimidation" by President Zuma when he told the National Assembly voting should be done openly, revelations contained in the GuptaLeaks emails, as well as the "Hands Off Zuma" campaign and threats of civil war if Zuma is removed before his term of office ends in 2019.

The EFF also points out that members of Parliament&39;s ad hoc committee looking into state capture at state-owned enterprises continue to be threatened.

"The ongoing and worsening factionalism within the ruling party and killings in KwaZulu-Natal also add to the already poisoned atmosphere," the EFF said.

The Red Berets also wrote that they are unhappy with Mbete&39;s decision to schedule the motion of no confidence after the State of the Nation Address (SONA), saying it is "unacceptable and fails to comprehend the important and urgent matter of removal of Mr Zuma from the office of the presidency."

CIC @Julius_S_Malema’s letter to the Speaker of the National Assembly making a representation that the MotionOfNoConfidence should be conducted through a SecreteBallot pic.twitter.com/S7v2H5KLGF