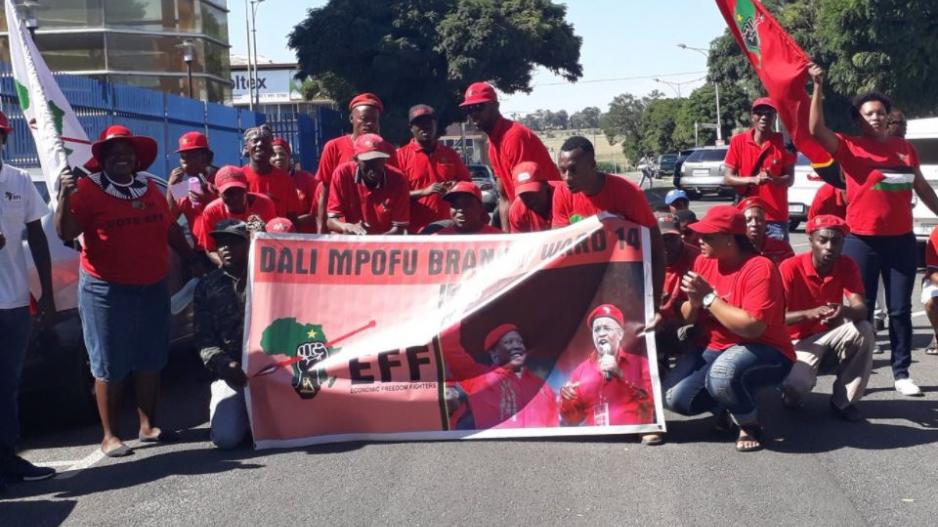 EFF members protested outside the Krugersdorp magistrate's court where a security guard is expected to apply for bail.

JOHANNESBURG - Communications Minister Mmamoloko Kubayi-Ngubane has come under fire from the Economic Freedom Fighters (EFF), who accused her of interfering with independence of the SA Broadcasting Corporation (SABC) board.

The EFF reacted to Kubayi-Ngubane&39;s statement that Cabinet was responsible for appointment processes of executives at the public broadcaster.

&39;&39;The court further indicated that appointments will be done after consultation with the minister, which means that her opinion is not binding to the choices of executive appointments by the board.&39;&39;

Kubayi-Ngubane on Monday denied the appointment.

&39;&39;The minister wishes to advise the media that all appointments of the chief operating officer, chief executive officer and chief financial officer of state-owned entities are done through Cabinet processes and therefore the announcements of the outcome are made by Cabinet,&39;&39; she said in a statement. &39;&39;It is the minister’s responsibility to present any appointment of executives of the SOEs under the department of communications through Cabinet processes. To this end, the Minister has no knowledge of any official appointment of a COO of SABC.&39;&39;

The EFF urged Kubayi-Ngubane to respect appointment processes by the board. &39;&39;We advise Kubayi-Ngubane to resist returning the public broadcaster into the route of disreputable political interference it suffered under [former communication minister] Faith Muthambi. The idea that the SABC is a public broadcaster rests precisely and entirely in respecting the appointment process of executives. If these are to be done by Cabinet, then not only will the SABC board be rendered irrelevant, it will mean ours is now fully a state broadcaster.&39;&39;