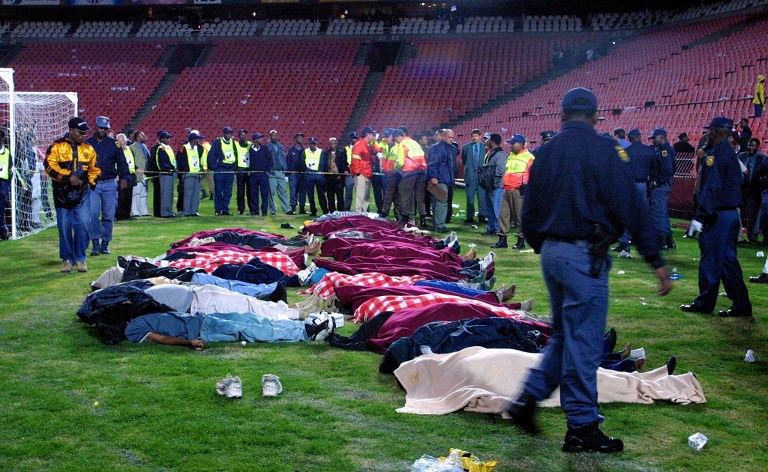 File: A total of 43 supporters died in a a stampede on 11 April 2001 at Ellis Park in Johannesburg. The stampede happened when a crowd tried to enter the overcrowded stadium to attend a soccer match between the Kaizer Chiefs and Orlando Pirates.

Also described as the country&39;s worst sporting accident, it took place during a match between soccer giants Kaizer Chiefs and Orlando Pirates in 2001.

Overcrowding resulted in a stampede that killed 43 supporters.

According to reports, the stadium was packed to its 60,000 capacity but a further 30,000 people tried to make their way in.

Since the disaster, fans have been advised to buy tickets ahead of matches.