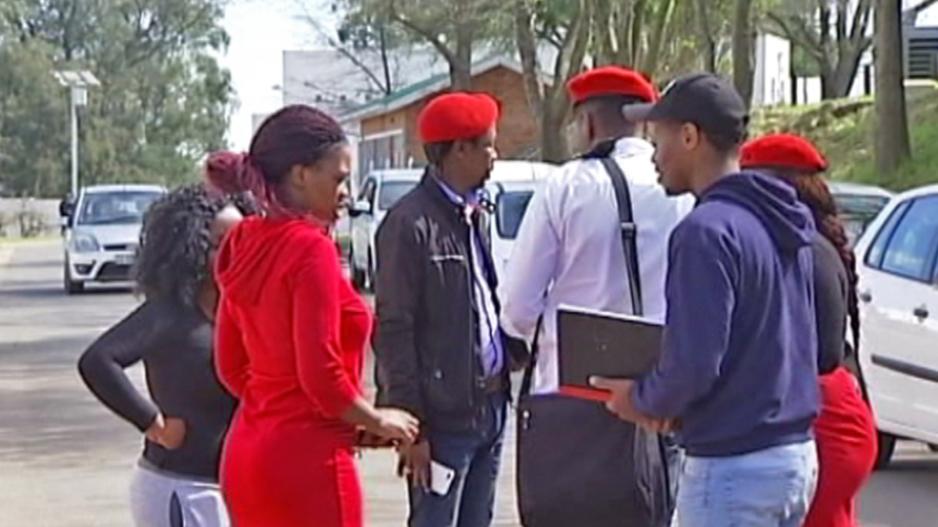 4 September 2015 - A deal has been reached over the language row at Elsenburg College in Stellenbosch. Classes will now be taught in both English and Afrikaans.

STELLENBOSCH - Students at Elsensburg Agricultural College in Stellenbosch have reached an agreement.

Black students backed by the Economic Freedom Fighters demanded the institution do away with Afrikaans entirely.

This led to scuffles with Afrikaans speaking students over the university&39;s language policy.

Protesting student Liphelo Mpumlwana says, "Our grievances is against the language policy, the 50/50 policy which states that the lecturer has the option of lecturing in English or in Afrikaans. Majority of the lecturers in this institution are Afrikaans. So the lecture automatically become in Afrikaans."

Black students at Elsenburg Agricultural Training Institute spent most of this week marching at the campus, to make their voices heard.

The students are backed by the Economic Freedom Fighters and their call is similar to that of their counterparts Open Stellenbosch, at nearby Stellenbosch University.

One Afrikaans student Eduard Uys says, "Everyone is doing everything possible to put an end to this, but until they get their way I think they will continue and its not right. Its not like we only speak Afrikaans here, its both English and Afrikaans."

"They can&39;t take our language away from us, they can&39;t just demand to only have English. This is an Afrikaans institution but still there is Afrikaans and English here so I don&39;t understand what the unhappiness is about."

But after some negotiation students reached an agreement - classes will be taught in both English and Afrikaans in order to accommodate everyone.

In the medium term, a new language policy would be introduced, which would be implemented in January 2016.