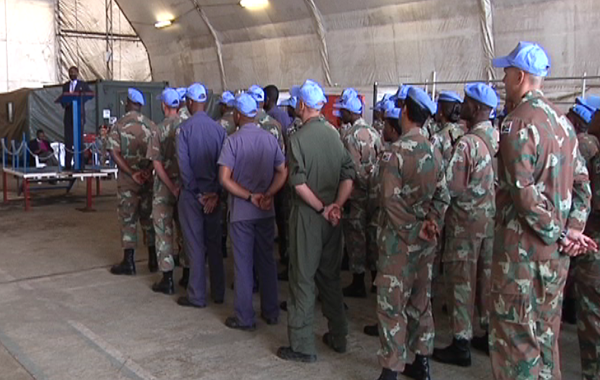 Lieutenant Colonel Danie Bellingan fought in the decisive battle which led to the defeat of the rebels in November 2013.

Bad weather made it difficult, but the heavy downpour finally proved an asset in the push against the rebels hiding out in the hills.

Although the rebels threw all they had at the Rooivalk– their artillery proved no match for the aircraft’s superior firepower.

The FIB’s commanders have vowed to hunt down and disarm all armed groups before their mandate expires.