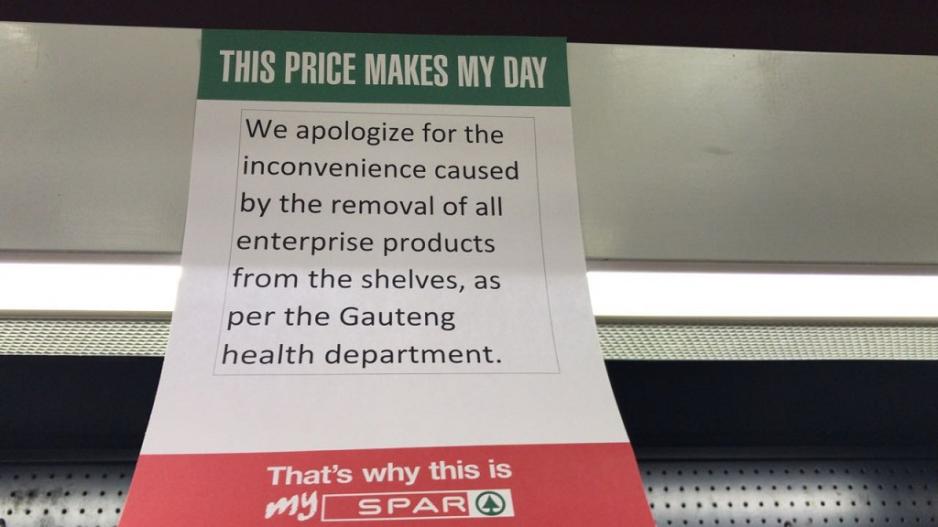 Several Enterprise products have been pulled from the shelves by a number of retailers.

POLOKWANE - The Enterprise Foods factory in Polokwane has been shut down with workers forced to take leave after Tiger Brands recalled its processed meat products.

This after the Minister of Health linked the deadly listeriosis outbreak, which has lead to the death of 180 people, to Enterprise polony.

The fallout of the deadly listeriosis outbreak is likely to affect the books of Tiger Brands and RCL foods.

Both companies say they have not yet quantified the cost of the national recall of their products.

A number of Southern African countries have banned imports of processed meat from South Africa.

In a statement, RCL said on Monday that it has recalled all polony products produced at its Wolwehoek facility and the production of Rainbow polony has been suspended.