Entertainment creatives say no to xenophobia 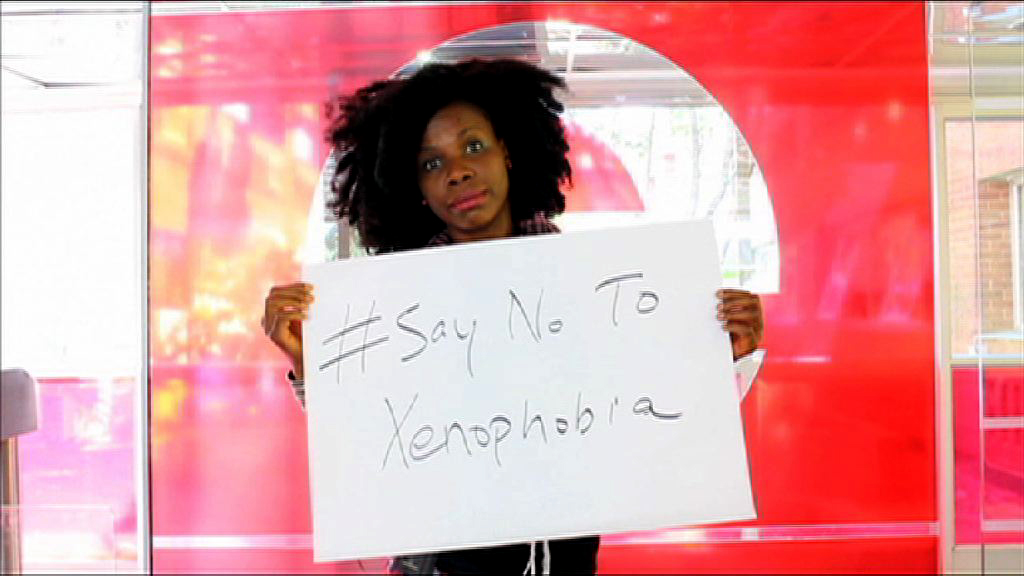 Johannesburg, 26 April 2015 - A number of entertainment creatives showed their support for anti-xenophobia initiatives at eNCA in Hyde Park.

JOHANNESBURG - In a small initiative in support of the fight against the recent xenophobic violence in South Africa, local entertainment creatives came to together to add their voices to those condemning xenophobia.

Nigerian actress, dancer and choreographer, Vera Ephraim, who lives in Johannesburg, initiated the action and brought together entertainment colleagues at the e-tv offices in Hyde Park last week.

"We wanted to use our position, as celebrities and citizens, to influence change, " Ephraim said.

The initiative comes after a week of intensified violence in areas of Johannesburg and KZN which eventually saw the defence ministry deploy the national defence forces to quell the unrest.

Last week, local musicians also said they had been adversely affected by the violence in the country, according to CCIFSA president, Tony Kgoroge.

Performances by the likes of Kelly Khumalo, Brickz, Big Nuz and Cassper Nyovest were cancelled due to foreign reaction to the unrest.

“We have to make sure that we interact with (other) African countries and artists, to build and come up with a campaign to stop xenophobia,” said Kgoroge.

The recent xenophobia comes on the heels of the sixtieth anniversary of the adoption of the &39;Freedom Charter&39; - a crucual aspect of the constitution that claims that South Africa belongs to all who live in it.