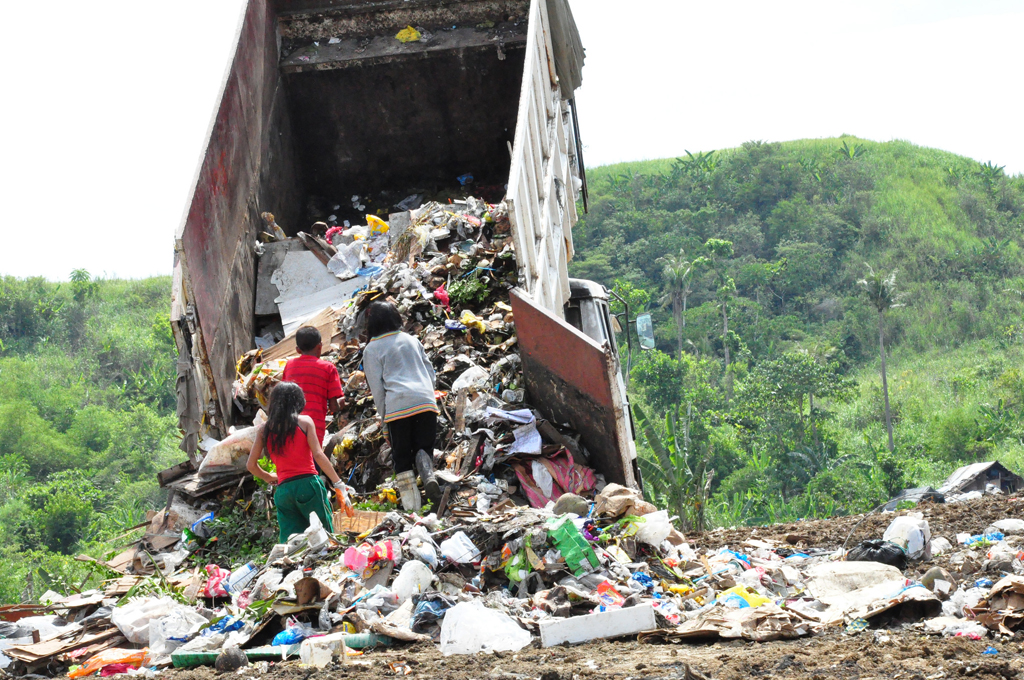 On a school day, children are picking garbage in a landfill site in Tacloban City in the Philippines.

DURBAN – EnviroServ, the waste disposal company accused of emitting “toxic fumes” from its Shongweni landfill, will be prosecuted on criminal charges.

“A decision to prosecute has been made. Arrangements are under way for the accused to make their first appearance in court,” Advocate Moipone Noko of the Director of Public Prosecutions told ANA on Monday.

A case of contravening the National Air Quality Act was opened by the Department of Environment Affairs (DEA) at KwaNdengezi Police Station in September last year and was transferred to the Provincial Task Team for further investigation.

Responding to news of the decision to prosecute, EnviroServ group CEO Dean Thompson told ANA on Monday: “To date we have not seen a charge sheet. Should the matter arise, we will deal with it appropriately”.

The landfill has incurred the wrath of community members in Hillcrest, Shongweni, Dassenhoek and surrounds; with residents saying the fumes are responsible for increased rates of asthma, bronchitis, pneumonia, eczema, nosebleeds and other illnesses.

Children in the area have been particularly badly affected.

In January, about 2,000 residents from affected communities took part in a “toxic trek” through the streets of Hillcrest demanding accountability from EnviroServ and calling for the closure of the site.

The landfill is licensed to receive hazardous waste, but since September last year was suspended from receiving Type 1 (extremely hazardous) waste as part of a compliance notice.

This month, the DEA issued EnviroServ with a notice of intention to suspend or revoke the licence for the contentious landfill, which EnviroServ is contesting.

After months of denying that the noxious odour came from the landfill, EnviroServ eventually admitted in September that it was a “contributor” to the odour.

Earlier this month, the company’s coastal operations manager, Clive Kidd, told media on a site-visit that the bacteria Desulfovibrio vulgaris contributed to the stench, and that because of a drop in pH level – sanctioned through regulation changes by the DEA – the bacteria had been able to thrive.

However, the company still maintained that other industries in the area needed to be investigated and denied any culpability for adverse health being experienced by community members.

“Right now, they can be saying all kinds of things. We do not believe this is the case at all. We don’t believe their story. It’s a technical or biochemical problem that has been manifesting now after a long period of time,” said Gordon.