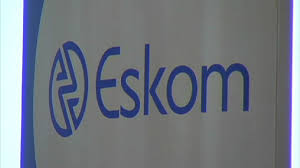 JOHANNESBURG - The National Treasury on Monday "noted with concern" the statement issued by Eskom suggesting that it has been co-operating with the process of reviews of its coal contracts.

Treasury said in a statement  it was "surprised" by media reports of the Tegeta mining company “warning” and threat to interdict the Treasury should it release a report into its investigation of Eskom’s coal contracts.

Tegeta is owned by the controversial Oakbay Resources, in which the Gupta family has a major stake, and and Mabengela Investments, of which President Jacob Zuma&39;s son Duduzane is a director.

The National Treasury said it would like to state categorically that its efforts to investigate the Eskom coal contracts had met resistance.

Since April, it had made several attempts to get information from Eskom, including sending a report to CEO Brian Molefe, and the chairperson of the board, Ben Ngubane, requesting comment.

It had also requested that Eskom submit a system-generated list of payments made to Tegeta and invoices received from Tegeta for the period 1 September 2015 to 30 April 2016.

National Treasury director-general Lungisa Fuzile had asked Eskom to withdraw its statement suggesting that “all the Tegeta coal contracts with Eskom have been extensively audited by various agencies, including National Treasury” because this was not teh case.

Furthermore, said the Trasury statement, Minister Pravin Gordhan had escalated the matter to the Eskom board chair, raising concerns about advance payments made to Tegeta and failure to submit the information requested in relation to the matter.

"To date, not only has Eskom failed to honour its undertaking to submit comments to Treasury’s report but it chosen to ignore correspondence and put all forms of hindrances," said the Treasury.

It said the Constitution stipulated that for any goods or services contracted, public entities were required to use a system that is fair, equitable, transparent, competitive and cost effective.