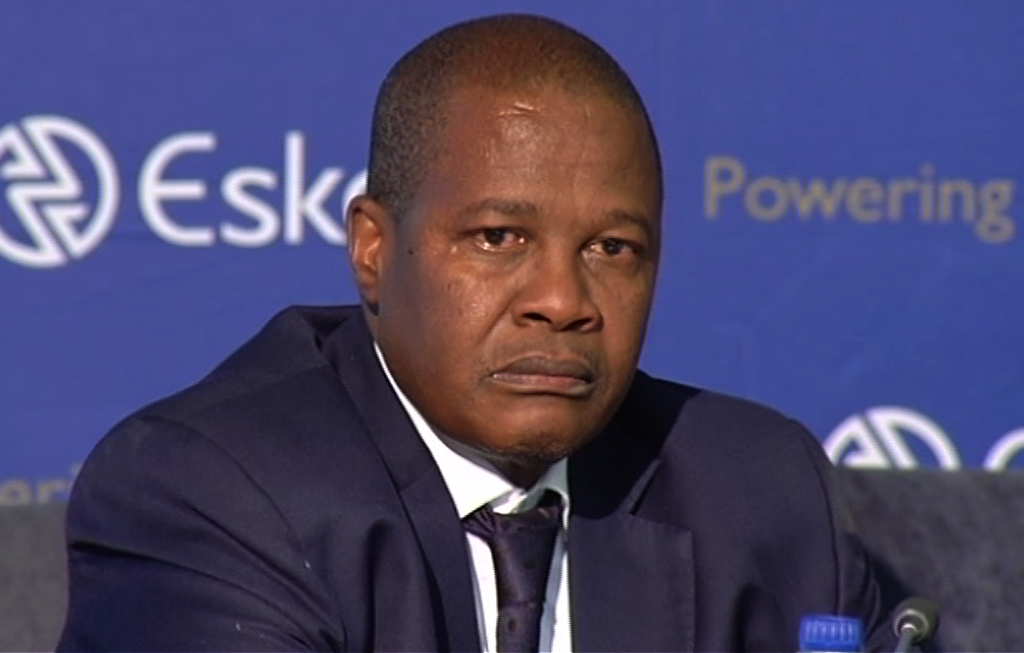 PARLIAMENT – Eskom CEO Brian Molefe on Tuesday brushed aside calls from MPs for the company’s Brakfontein coal contract with Tegeta to be cancelled, saying it has been through a self-corrective exercise to resolve its procurement problems.

Molefe demanded that he be allowed to give members of the Standing Committee on Public Accounts (Scopa) a short briefing on the background against which Eskom signed the deal with Tegeta before they asked questions about PricewaterhouseCoopers’s findings that due diligence had not been followed.

He said Eskom asked for a review of its control environment of coal deals and the audit firm in November 2015 flagged 46 problem areas applying not only to Tegeta but to all coal supply contracts. Eskom set about resolving the issues, including better control of data and documents, and by September 2016, only six or eight still had to be dealt with. That figure had now dropped to one outstanding issue, he said.

Molefe went on to add that, in contrast, a broad probe of Eskom’s contracts commenced by National Treasury at around the same time, had still not been completed and only preliminary findings had been made.

“I don’t agree with a lot of these findings because they just display a misunderstanding of a lot of issues,” he said.

ANC MP Ezekiel Kekana reminded him that National Treasury had accused Eskom of not cooperating with its probe, but Molefe denied that this was true.

He stressed that he only joined Eskom a month after the Brakfontein coal contract was signed in March 2015, after two years of negotiations. The deal is worth R4 billion over 10 years, but the total value of Eskom’s coal contracts with Tegeta comes to some R6.7 billion.

PricewaterhouseCoopers had found that the contract was badly and hastily drafted, with clauses apparently cut and pasted from elsewhere. Eskom chairman Ben Ngubane said when considering the context it should be born in mind that the country was at the time again facing the threat of load-shedding, which had in 2008 prompted it to do away with competitive bidding in order to procure coal urgently.

To this National Treasury chief director of supply chain governance, Solly Tshitanga, quipped: “If it was so urgent why did it take you two years to negotiate?”

The tension between Eskom and the department became apparent again when Ngubane accused National Treasury of preventing Eskom from realising more than R500 million in savings but was interrupted by MPs who said he was straying off the topic of Tegeta.

#Breaking: Public Ent Min Lynne Brown has referred Tegeta coal deal and all #Eskom procurement back to 2007 to SIU for investigation. #eNCA

The ANC’s Vincent Smith said the contact with the Gupta-owned exploration company had run a third of its course and should be scrapped “before we go to two-thirds and realise it is wasteful expenditure”.

His ruling party colleague, Mnyamezeli Booi, commented that Molefe was “just trying to pull something”.

The CEO came under intense scrutiny when former Public Protector Thuli Madonsela’s found in her “State of Capture” report that he had frequent contact with the Gupta family and that Eskom went out of its way to help Tegeta acquire Glencore’s Optimum mine.

Ngubane on Tuesday said there was nothing unusual about Eskom’s pre-payment of R600 million for coal,  which helped the company complete the acquisition, but was long denied, as it had demanded shares in the mine in exchange. And he dismissed National Treasury’s call last month for the sum to be classed as a loan to be paid back by Tegeta with interest.

“Tegeta ceded shares to Eskom, that was the pre-condition,” he said.

“It cannot be a loan [because] we bought coal and got coal.”

Pressed by the Democratic Alliance’s Natasha Mazzone, Molefe denied that he had received political instructions to pay the money to Tegeta, and added that moreover, he was not at the meeting where the payout was approved.

Asked by reporters after the meeting whether he feared for his job as the ANC had called on Minister Lynne Brown to remove him, he said: “No, I’m not worried. Whatever happens.”

The ruling party has accused Brown and the board of lying to Parliament after they claimed that he did not resign from Eskom late last year, but sought early retirement. Brown vetoed a R30 million pension settlement last month, opting instead to give him his old job back.