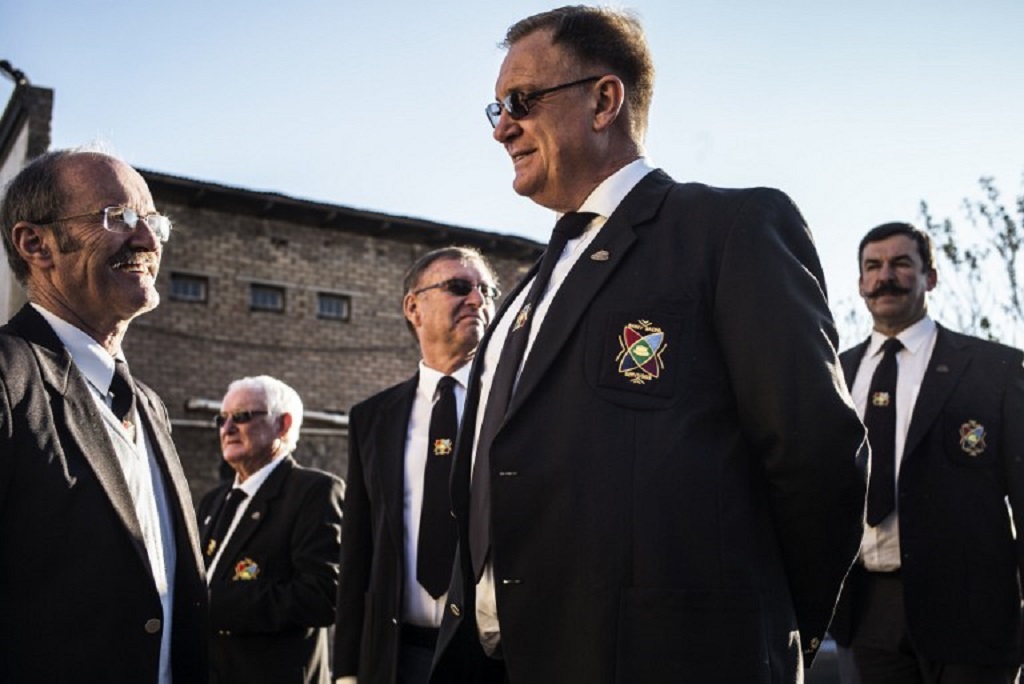 Members of the South African Defence Force Association, an organisation that comprises of members of the pre '94 South African Army personnel, gather in Soweto on June 11, 2016 at a march held to commemorate the 40th anniversary of the Soweto Uprising.

SOWETO - Hundreds of South Africans, including former apartheid white conscripts, gathered at a stadium in Soweto on Saturday to commemorate the 40th anniversary of the Soweto uprising, a turning point in the anti-apartheid struggle.

On June 16, 1976, security forces opened fire on black youngsters protesting in Soweto township against a government order that schools could only teach in the Afrikaans language used by whites.

Over the following three days, at least 170 people were killed, with some estimates putting the death toll at several hundreds over one month, in violence that brought the injustices of the apartheid regime to the world&39;s attention.

The Soweto uprising was one of the defining moments of the anti-apartheid struggle which culminated in the election of Nelson Mandela as South Africa&39;s first black president in 1994.

At least 400 people - almost evenly divided between blacks and whites - convened at Orlando Stadium in Soweto township for the commemoration.

Saturday&39;s event was organised by civic and religious groups ahead of the main government-led commemorations to be led by President Jacob Zuma on Thursday

For the first time former white conscripts - now old and greying - but who were not deployed to Soweto in 1976, joined the event.

"We are sad about what happened 40 years ago, we are sorry if people are still hurt. But... it is time we start with a new era," said Jan Malan, chairman of the South Africa Defence Force Association, a grouping of around 1,000 ex-conscripts.

"We can be apologising for 100 years, it is not going to change things. Let&39;s take the symbolism of 40 years and let&39;s start creating the South Africa we want," he said.

Joy Rabotabi, 56, a former student and black South African businessman, said it was "unfortunate" the police who took part in putting down the 1976 protests boycotted the event.

"It is not contributing positively towards nation-building and reconciliation. We need to find a way to bring closure," he told AFP.

But he lauded the presence of the former soldiers at the event as positive.

"Any step towards reconciliation and healing needs to be welcomed," he said.