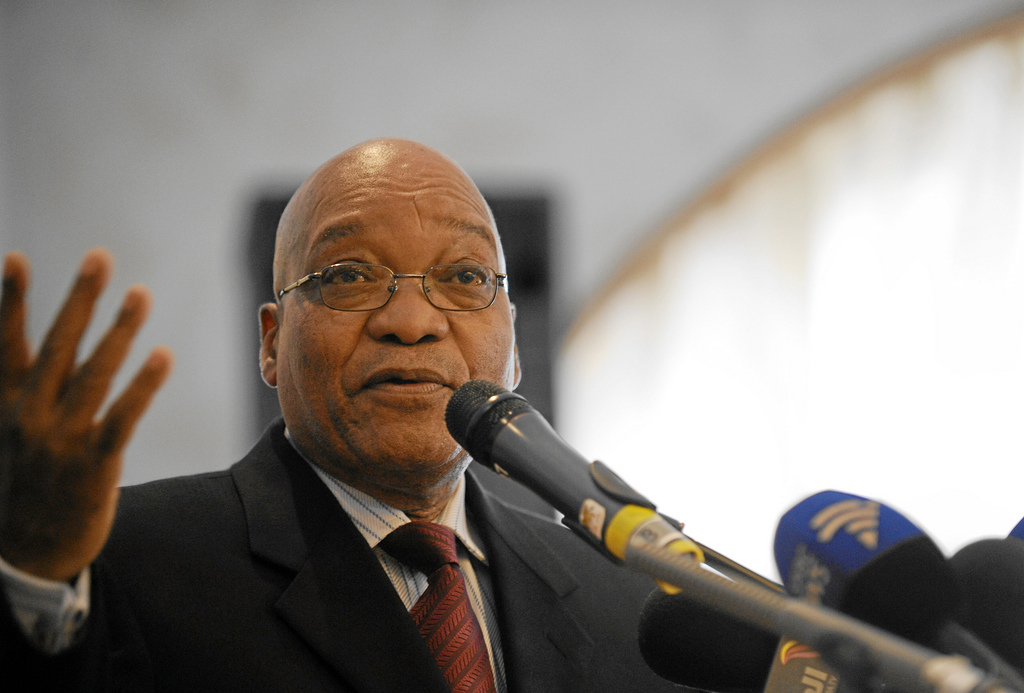 President Jacob Zuma speaks at the Opening Media Lunch 'World Cup 2010 - before the kick-off' during the Annual Meeting 2010 of the World Economic Forum in Davos, Switzerland, January 27, 2010 at the Central Sport Hotel.

JOHANNESBURG - The Ex-Political Prisoners’ Association (EPPA) has launched a scathing attack on those who are calling for President Zuma to step down.

The association is made up of persons who were incarcerated on Robben Island, and other apartheid prisons.

In a media statement, the group refers to its members as experts in liberation movements.

"These commissars are entrusted with the custodianship of the principles of the liberation movements and are among the leading architects of our constitutional democracy," according to the EPPA statement.

The group met with President Zuma this week, following what they call "a troubling escalation of anarchy and vitriolic attacks on our young democracy".

The association has urged president Zuma and the Executive to speedily implement the Constitutional Court judgment.

The EPPA have blamed anarchy for socio-political problems the county is faced with.

"Over the last year and half, we, the EPPA, have witnessed a troubling escalation of anarchy and vitriolic attacks on our young democracy.  We sought to make the President aware of this..."

They have also lashed out at those who have openly called for Zuma to step down.

The EPPA believe these ANC veterans are using political parties to veil their unrevolutionary intentions and intents to hinder the democratic process.

"Clearly not those of a party whose constitution and rules are being openly and publicly flouted...We advise those who claim to be members of political parties to go back to their parties and effect therein, whatever they seek to change, the United Front of Cde Ronnie Kasrils included," said the statement.

In their condemnation of Zuma critics, the EPPA called them "nothing but veteran counter-revolutionaries expressing the poison of their evil masters".

These sentiments are somewhat similar to those uttered by Home Affairs Minister Malusi Gigaba who has criticised ANC veterans requesting the president to resign and called them "so-called ANC stalwarts and referred to them as "disillusioned".