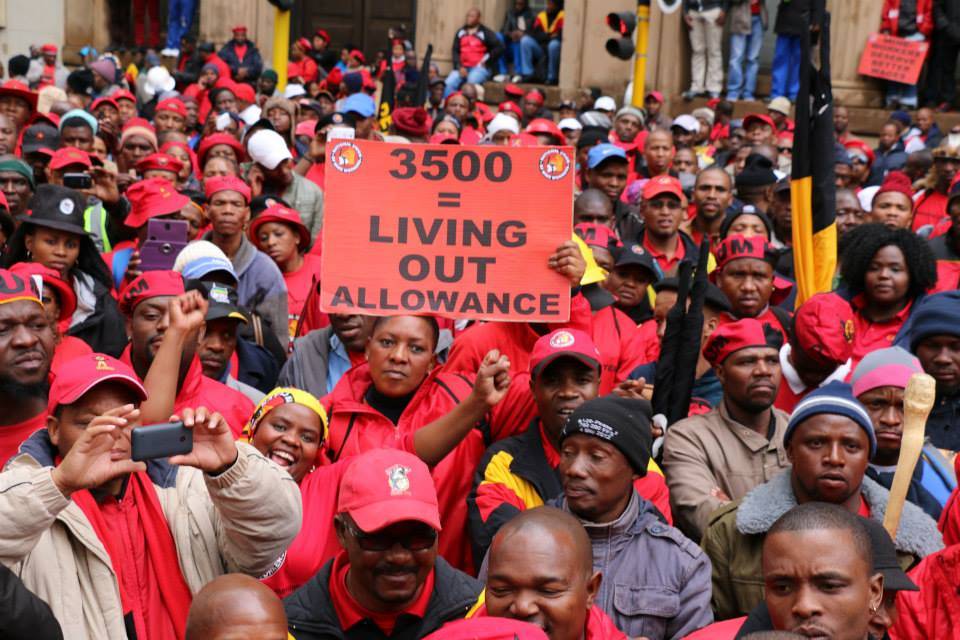 Johannesburg, 17 November 2017 - The National Union of Mineworkers is desperate to prove that it has not been captured by the controversial Gupta family. General Secretary David Sipunzi has admitted that his 2012 campaign for office was funded by a Gupta

JOHANNESBURG - The National Union of Mineworkers is desperate to prove that it has not been captured by the controversial Gupta family.

General Secretary David Sipunzi has admitted that his 2012 campaign for office was funded by a Gupta mining company.

And for the first time under his leadership, the union has confirmed receiving R1.5-million in donations from the Gupta-owned Oakbay Resources.

NUM leader David Sipunzi has been in office for 17 months now, after taking over in June 2015, but his failed 2012 campaign for office was mired in controversy, as he reveals that his faction received funding from the Shiva Uranium mine.

Shiva Uranium is owned by the politically-connected Gupta family.

Sipunzi says it wasn't him that received any support from the Gupta family, “The person who was directly alleged to have received this assistance from Shiva, was the then Regional Secretary of Matlosana who was contesting the position of the President in 2012, his name is Joseph Montisetsi."

"He's the one who's alleged to have received this support whatever you call it, from Shiva. And it's also an allegation to me that he had to come and apologise for having contested Senzeni Zokwana, I don't know those things I can't say there's any truth in them."

Pressed for more detail, Sipunzi is only willing to place the following on record.

Fast-forward to June 2015, and David Sipunzi emerges as new leader of the NUM.

But he’s emphatic, that this time around his group received no funding whatsoever.

"The 2015 campaign of my faction or the faction that I belonged to was the poorest campaign I've ever seen. It was clear to anybody even if I could invite you, you would see that there's no sponsorship here."

"Later I realised it was a Gupta called Tony I'm not sure that he's one of the Guptas, Tony. And I realised later, but I'm still speculating as to who the second guy was, but it must have been this Duduzane guy, I'm just speculating Duduzane Zuma."

Meanwhile, the Highveld Regional Secretary, Lucas Mohlala said, "They (The Guptas) wanted us to give blessing, we did give blessing."

NUM leadership and Gupta representatives came into contact again when major banks closed Gupta accounts, but Siphunzi says the union simply could not help the situation. However, when the leadership put out a call to Oakbay Resources requesting money for a conference earlier this year, the Guptas responded positively.

Sipunzi confirmed, "And at the end of the day we did manage to get the sponsorship of R1.5 million."

This generosity from the Guptas perhaps explains the NUM’s attitude towards outgoing Eskom CEO Brian Molefe, a friend of the Guptas.

In her State of Capture report, Thuli Madonsela has suggested that Eskom unfairly forced Optimum Coal into business rescue, so that the Gupats could take over its operations.

This has resulted in job losses.

But Sipunzi has said there is nothing special about Eskom and Gupta entities, and when necessary these entities would be confronted by the union as it does with other employers.