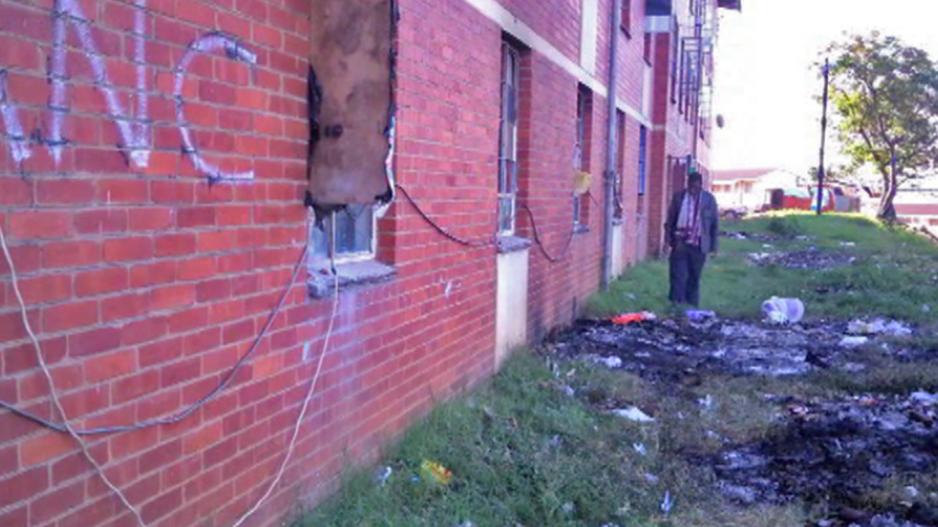 08 June 2015 eNCA reporter Dasen Thathiah takes a closer look at what's going on at the Glebelands hostel in Durban, where at least 25 people have been killed over the past 14 months in ongoing attacks.

Over the past 14 months, at least 25 people have been killed in ongoing attacks, echoing the political unrest of the 1990s.

The area is apparently run by gangs and many residents are too scared to leave their rooms.

Built by the apartheid government, the Glebelands hostel was originally designed to house migrant workers.

More than 22,000 people live at the hostel in appalling conditions and at least 25 people have been murdered here since last March.

No single reason has been established for the violent deaths.

However, as allegations of police corruption, the sale of hostel beds, gangsterism and factional-fighting continue to surface, the death toll keeps climbing.

In arguably the most brazen attack, Sipho Ndovela was executed military-style outside the uMlazi Magistrate&39;s Court last month. He was a key witness to one of the Glebelands murders.

Community activist Vanessa Burger says she is frustrated about the situation.

“If this kind of thing was happening in uMhlanga Rocks or Morningside – if you had (say) a white person, who was a top businessman shot outside a court, there wouldn&39;t be this silence from government that&39;s going on now.

“This is clearly because it&39;s poor people&39;s lives, it makes no difference.”

When the country began the uneasy transition to democracy in the 1990s, parts of KwaZulu-Natal turned into IFP-ANC battlefields.

The Glebelands hostel was no different.

“It&39;s important to remember though that with this conflict, it wasn&39;t just IFP-ANC, it was deliberately fuelled by the police at the time.

“It was, I think the Truth and Reconciliation Commission has confirmed that – we saw it at the time.

“We saw the police going in, for example, disarming people, only to send people in to attack them,” said Mary de Haas from the KwaZulu-Natal Violence Monitor.

Now the police’s role is being called into question once again as the Independent Police Investigative Directorate is looking into the case.

With the recent spate of attacks, extra officers have been deployed to the area. Yet residents say there are still dangerous "no-go zones".

“There are places I don&39;t go near at all. There are people who would hurt me if they saw me out and about at night. It&39;s best if I walk around during the day,” said one person who wished to remain anonymous.

The government insists there has been transformation at Durban&39;s hostels and that there’s more to come.

“As far as KwaMashu is concerned, we have gone quite a long way with the municipality of eThekwini changing them into residences. We are going to do the same; we are going to put the security issues together, stop deaths then start changing into family units because as you say it&39;s an old concept which doesn&39;t fit into the new democracy,” said KwaZulu-Natal Premier Senzo Mchunu.

Meanwhile, those bearing the brunt of the violence are losing patience.

“We have witnessed the height of the killings. We want to come up with ways of stopping all of this, because in the end, all this killing leaves orphans behind and families lose their breadwinners,” said another person who also wished to remain anonymous for fear of his life.