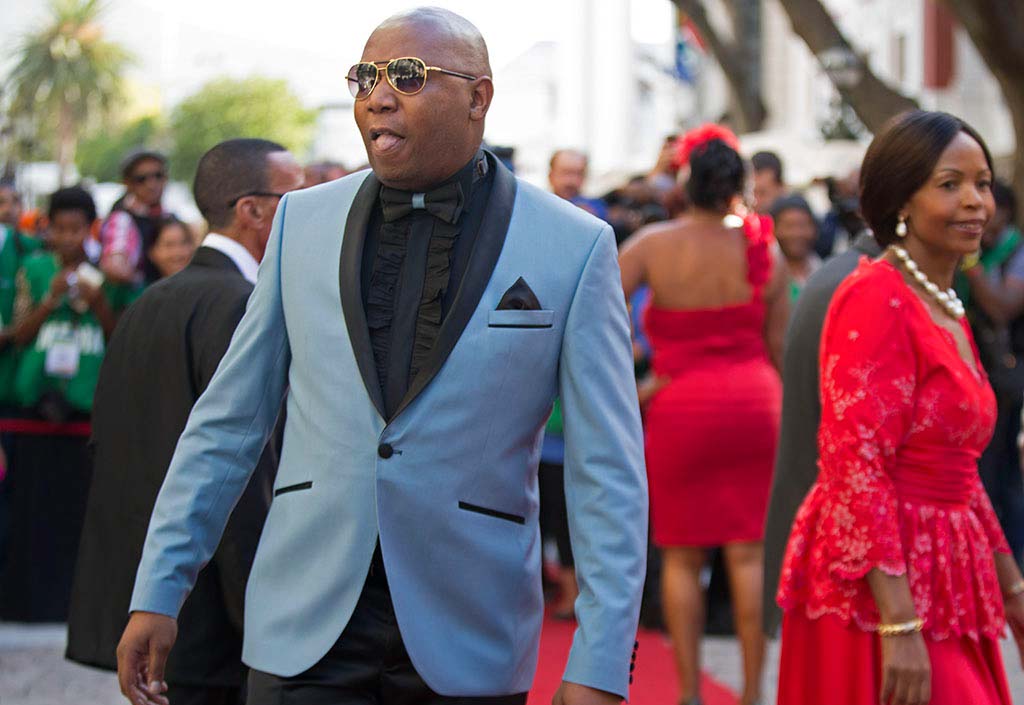 Mduduzi Manana on the red carpet outside Parliament. Manana is the Deputy Minister of Education and Training.

JOHANNESBURG - "They kicked me and they punched me and pulled my hair... My cousin Thando was also klapped, they pulled her hair. My friend was thrown around when she tried to come and help me."

These are the words of a woman who was assaulted, allegedly by Deputy minister of higher education Mduduzi Manana and a group of his friends, at a Johannesburg nightspot.

The assault victim claimed that "the bouncers just stood around and watched as the assault happened."

Manana has been accused of assaulting two women at Cubana latino bar in northern Johannesburg in in the early hours of Sunday morning.

The assault victim made a statement to the Douglasdale police outlining details of the incident. (see the statement at the bottom of this article).

She stated that she was sitting at a table near the minister when "we engaged in a political debate, and he wanted to make a speech to address everyone who was there, including his staff."

A friend of hers started videoing the speech before being asked to desist. Manana then became angry, asked who they were and then requested security to remove her and her friends from the club.

As they were leaving, one of her friends turned to the minister and said, "But you are gay."

As she stepped outside the bar, with her friends still inside, the alleged assault occurred, when Manana's friends attacked her, slapping and punching her until she fell to the ground, at which point they started kicking her.

It was at this point that Manana exited the club and joined his friends in kicking her and "pulled me by my hair, and my wig got off my head."

Her friend who tried to intervene to stop the assault was then "slapped and thrown to the ground by Mduduzi."

The woman said the bouncers, who at this point helped her and her friend to their car, told them to "leave the place as Mduduzi is dangerous and has a gun."

Police Minister Fikile Mbalula told TimesLive that a case has been opened at the Douglasdale police station in northern Johannesburg, close to where the incident took place.

According to Mbalula, Manana has denied involvement, despite a clip doing the rounds on social media in which a man said to be him admits to the assault.

eNCA has been unsuccessful in its attempts to get comment from the deputy minister.