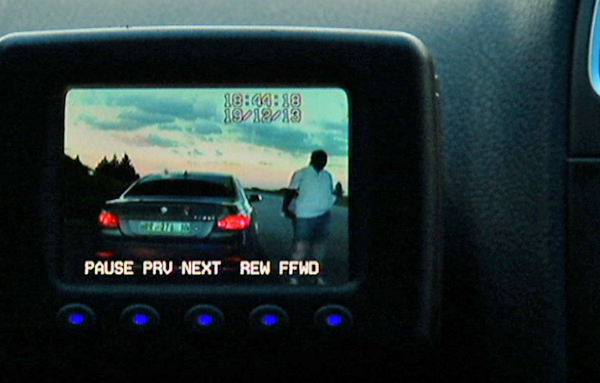 He was arrested last night by the Gauteng High Speed Unit for driving more than 200 kilometers per hour in a 120 km/h zone.

Malema was driving a BMW on the N1 near Vanderbijlpark, and was clocked at 215km/h -- that&39;s 55 kilometers above the arresting speed of 160 kilometers per hour.

The arresting officers were in for shock when they found him at the wheel, and he had three passengers.

Malema was released on R5,000 bail early Friday morning, but not before spending a few hours behind bars.

eNCA has confirmed that the vehicle he was driving, is not registered in his name, but belongs to a company.

* Watch the video, obtained by eNCA reporter Mia Slabbert, of the moment Malema was caught on camera by the High Speed Unit, and pulled over...