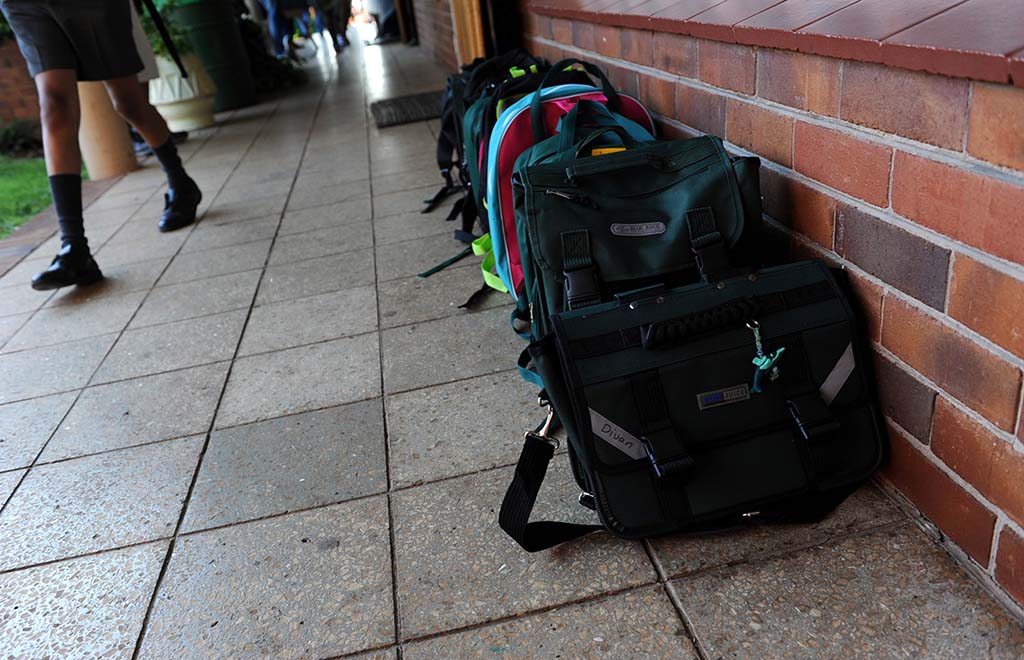 School bags line the wall of a classroom. South Africa's maths and science education has been ranked last in the world in a recent World Economic Forum report.

The bill has come in for severe criticism, with many stakeholders feeling it limits the powers of School Governing Bodies (SGBs) excessively, especially as it relates to the appointment of teachers, admission and language policies, and certain financial decisions.

The National Professional Teachers’ Organisation of South Africa (Naptosa) says the proposals contained in the bill "have gone too far in limiting the powers and responsibilities of school governing bodies and are autocratic in nature."

In a statement, Naptosa says: "The proposals in its current form are dictatorial and undemocratic. Are we taking away active citizenry? Is it not something we should encourage and embrace?

"Naptosa is concerned that the proposals are not progressive. They do not consider creative ways of managing the current challenges."

The Federation of Governing Bodies of South African Schools (Fedsas) has slammed the bill, calling it an attempt at state capture.

According to Fedsas, the bill&39;s proposals take the country back to a point where the state is in control of everything, including schools.

According to a statement: "NELI agrees that some of the proposed changes are necessary to promote equity and drive transformation, many are worrying. We are very concerned by both the changes that propose re-centralising power in a department that is already struggling to deliver on its current mandate; and the spirit of the amendment that excludes vital stakeholder input and oversight from our schools."

NELI says Some of the particular clauses that we believe should be reconsidered include:

According to the Department of Basic Education (DBE), the draft Bill proposes to amend the South African Schools Act, 1996 (Act No. 84 of 1996), and the Employment of Educators Act, 1998 (Act No. 76 of 1898) (the SASA and the EEA, respective|y), "so as to align them with developments in the education landscape and to ensure that systems of learning and excellence in education are put in place in a manner which respects, protects, promotes and fulfils the right to basic education enshrined in section 29(1) of the Constitution of the Republic of South Africa, 1996."

Input on the draft bill needs to reach the DBE by Friday.

Submissions need to include the name, address, telephone number, fax number and email address of the person or organisation submitting the comments.

Invitation to comment on the draft Basic Education Laws Amendment Bill by eNCA.com on Scribd