EXPLAINER: Zuma to be prosecuted. What now? 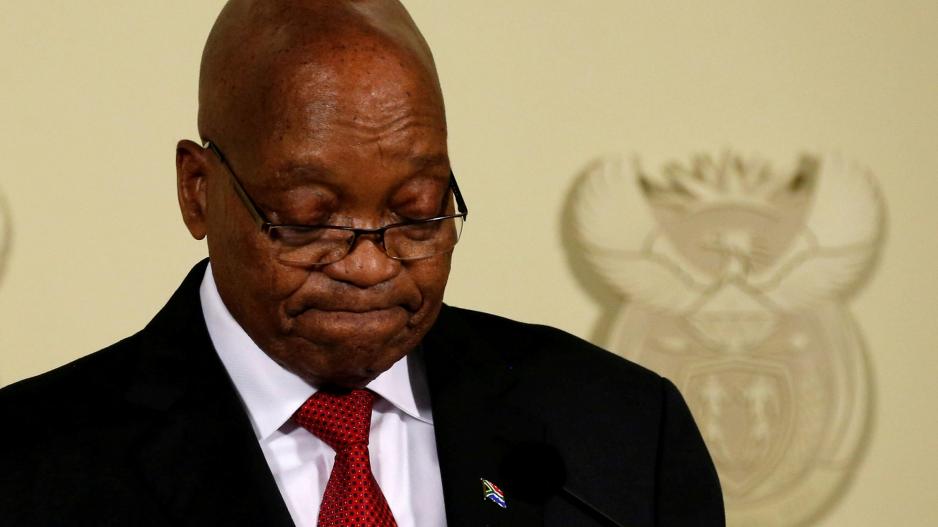 JOHANNESBURG - The National Prosecuting Authority (NPA) has rejected former president Jacob Zuma’s representations about why he should not be prosecuted for corruption.

The National Director of Public Prosecutions (NDPP) Shaun Abrahams, who heads the NPA, made the announcement on Friday.

But what happens now?

The NPA will have to organise a time to serve an indictment on Zuma in person, and he must sign that he received it.

“An indictment is a summons for a person to appear in a high court. It sets out the charges against the person and (presents) a brief background of the charges that he’s facing,” explains criminal defence attorney, Ulrich Roux.

2. Could Zuma still avoid a trial?

Abrahams revealed a pro-Zuma NGO has gone to the Western Cape High Court to ask for a permanent stay of prosecution. This is unlikely to succeed. The NDPP did not go into further details.

Times Live reports that the organisation is the South African Natives Forum. It quoted the group’s lawyer‚ Lucky Thekisho‚ as saying Zuma is protected by the Constitution and his rights are being violated.The NPA has indicated it will oppose the application.

Zuma could also enter into a plea bargain with the state. According to attorney Roux, the former president could use Section 105 of the Criminal Procedure Act, under which the state, defence and judge agree prior to the plea bargain what the guilty plea entails and what the sentence will be.

In terms of Section 112 of the Criminal Procedure Act, Zuma could also plead guilty, but in that scenario a sentence would not be agreed upon ahead of the plea bargain. The judge will make the decision about sentencing on his/her own.

3. Where will Zuma appear in court?

The jurisdiction is determined by where the alleged crime took place. There still needs to be clarification around where the case will be tried, as it is difficult to determine where exactly the corruption, fraud and money-laundering took place, especially if it does not relate to one specific incident.

However, the previous case was heard in the KwaZulu-Natal High Court and Abrahams indicated it will return there for now.

4. Who will prosecute Zuma?

Abrahams said the director for public prosecutions in KZN, Moipone Noko, will manage the process of seeing Zuma appear in court. However, a cloud hangs over Noko’s head. He was previously accused of protecting one of the former president’s wives, one of Zuma’s sons, and some of Zuma’s associates from prosecution.

Many are hoping that Billy Downer, currently deputy director of public prosecutions in the Western Cape, will be the leader of the team during the trial. Downer led the prosecution against Shaik.

5. How long will the trial last?

The trial of Schabir Shaik lasted eight months. But knowing Zuma’s proclivity for delaying legal processes through applications for interdicts and appeals, it’s difficult to say when the trial would even start.

Over two hundred witnesses have reportedly indicated they would be willing to testify, which would make this a marathon trial.

6. Who else is being prosecuted?

French arms firm Thales&39;s local affiliate will face charges, along with Zuma, for its role in the arms deal saga. In 1997, Thales won a R2.6-billion stake in the arms procurement programme.

The NPA said the company has been informed. It is not clear who will be Thales’ legal representative.

7. What legal strategy could Zuma use?

Aside from delaying tactics, legal expert Dr James Grant says Zuma could argue that his alleged unlawful actions were unintentional.

“Pretty much all three of the main crimes (corruption, money-laundering, racketeering) that have been charged here, all require intention and if it can be proved (it was not intentional) then he cannot be convicted. Did he know that doing this was prohibited in law?

“Even if the State has managed to prove that, he can always fall back on another defence…. What does a person do when it looks like all the evidence is against him? He says &39;I was set up&39;, this is a possibility.”

Abrahams also gave a glimpse into Zuma’s legal strategy as set out in the former president’s representations to the NPA.

8. What sentence could Zuma face if convicted?

It will depend on the number of charges he is convicted of. The Criminal Law Amendment Act prescribes a minimum sentence of 25 years for three or more charges of corruption involving amounts more than R500,000.

Schabir Shaik received 15 years for his role and if Zuma is convicted of fewer charges that is a possibility.