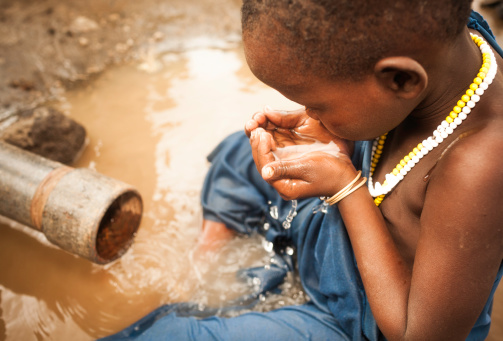 Life expectancy in the globe's poorest countries has risen by an average of nine years over the past two decades, according to the United Nation's World health Organization.

MIDRAND - At the start of 2014 the richest 85 people on the planet owned as much as the poorest half of humanity. This is according to a 2013 Global Wealth Report cited in Oxfam’s “Even it Up” report on global inequality.

The 137-page report released on Wednesday highlights major inequalities between rich and poor around the world.

Sub-titled, “Time to end extreme inequality” the report has named South Africa as the most unequal country in the world.

Oxfam projections show that even on the very conservative assumption that inequality remains static, around 300,000 fewer South Africans will be living in absolute poverty by 2019, leaving almost eight million people living below the poverty line.

“The recent murder of Bafana Bafana captain Senzo Meyiwa is an indicator of what is happening in South Africa in terms of inequality,” said Moodley.

He explained that radical transformation is needed South Africa to introduce more inclusive growth in the country.

“When the most prosperous enjoy low rates and exemptions and can take advantage of tax loopholes, and when the righest can hide their money in overseas tax havens, huge holes are left in national budges that must be filled by the rest of us, redistributing wealth upwards,” stated the report.

The International Monetary Fund and the Organisation for Economic Co-Operation and Development (OECD) have both acknowledged the damage caused by exemptions, loopholes and tax havens.

“But their commitment to solutions does not match the scale of the problem,” explains the report.

According to Oxfam at least 70% of Fortune 500 companies have a subsidiary in a tax haven.

Tax collection would be more efficient in developing countries if there were more resources.

“Sub-Saharan African countries would need to employ more than 650,000 additional tax officials for the region to have the same ration of tax officials to population as the OECD average.

The reality of extreme inequality in this report is in striking contrast to recent comments by Minister of Human Settlements Lindiwe Sisulu, that young South Africans will not get free houses because they didn’t suffer during Apartheid. Added to this is comments made by President Jacob Zuma that South Africans should not be lazy.

These comments are an insult to black and poor people in South Africa because basically government is saying you’re on your own and you have to fend for yourself, said Oxfam SA Executive Director Sipho Mthathi.

“These comments baffle the mind and are problematic because this shows an increasing attitude of disdain to the poor that is being said at the highest level.”

Malcom Damon of the Economic Justice Network also expressed concern at these comments.

“It’s always easy to blame the poor but government has a responsibility to provide housing, sanitation and education which are basic human rights upheld in the constitution,” he said.

Government has the responsibility to make choices for the working class and the poor before the rich and elite said Damon.