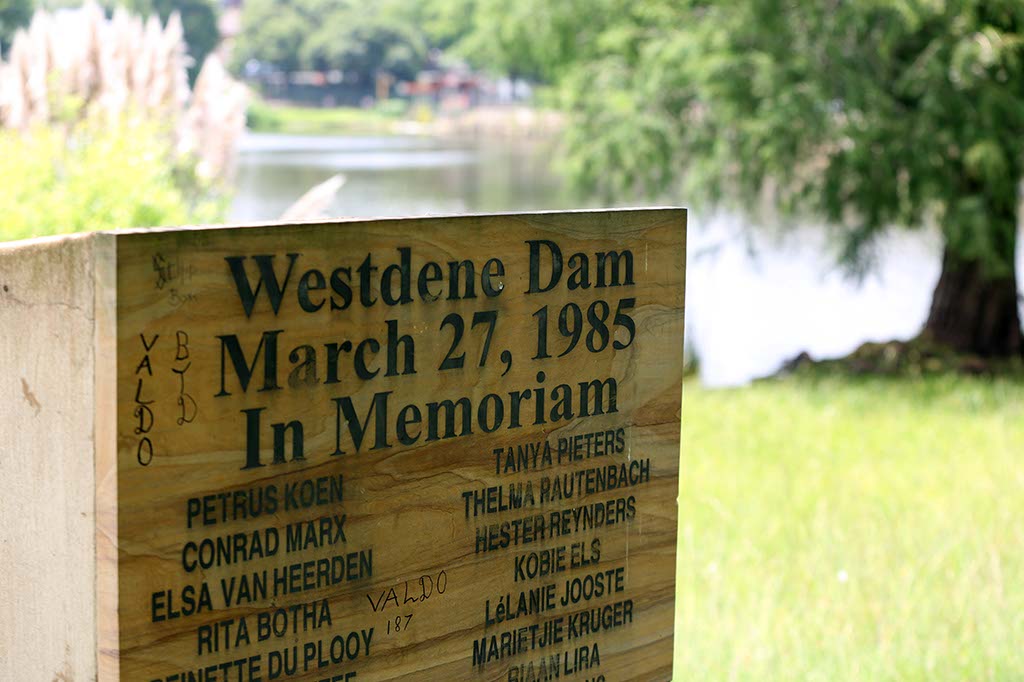 A memorial in the honour of the 42 children who died in a bus accident at Westdene Dam on 27 March 1985. Zama Khumalo recently caused some controversy by calling for a celebration of the event as a pro-Black Superioty Complex.

Zama Khumalo, a former Daily Sun news journalist has apologised for his racist post on his Facebook profile. The 24-year old man, dubbed “facebook racist,” posted his intention to host an event to celebrate the death of 42 white children who died when a double-decker school bus plunged into Westdene Dam in 1985. He issued an apology on Wednesday, just a day after the initial post, following a public outcry.

Khumalo posted the names of 24 of the 42 victims, then commented that their deaths were “much appreciated, my Lord.” He called his event a “Big Black Braai” and claimed to be promoting “black superiority complex.”

In his apology post titled “MY WESTDENE DAM APOLOGY” he wrote: “I heartily apologise and deeply regret the post, and the pains that I have caused to the parties touched. I&39;M SORRY.”

Following his apology, media law expert and associate at Webber Wentzel, Emma Sadleir, states that “comments posted on Facebook or Twitter are treated in exactly the same way as comments made in any other public forum, be it on television or radio, in a newspaper or in public discourse… Zama Khumalo has deleted the post, this apology may go some way in mitigating the potential legal implications. In South Africa, a racist Facebooker could also be charged with crimen iniuria”; conduct that has serious implications for an individual’s dignity or privacy.

A South African judge recently ruled against a woman after she wrote slanderous remarks on her Facebook timeline about a man she was formerly close to. This ruling gives South Africans the option to seek legal recourse should someone make defamatory statements about them on social networks.

The Westdene Dam disaster is the second worst bus accident in South African history. The 27 March 1985 accident was declared a national disaster by the government of the day when the 66 pupils fought for their lives, leaving 42 dead.