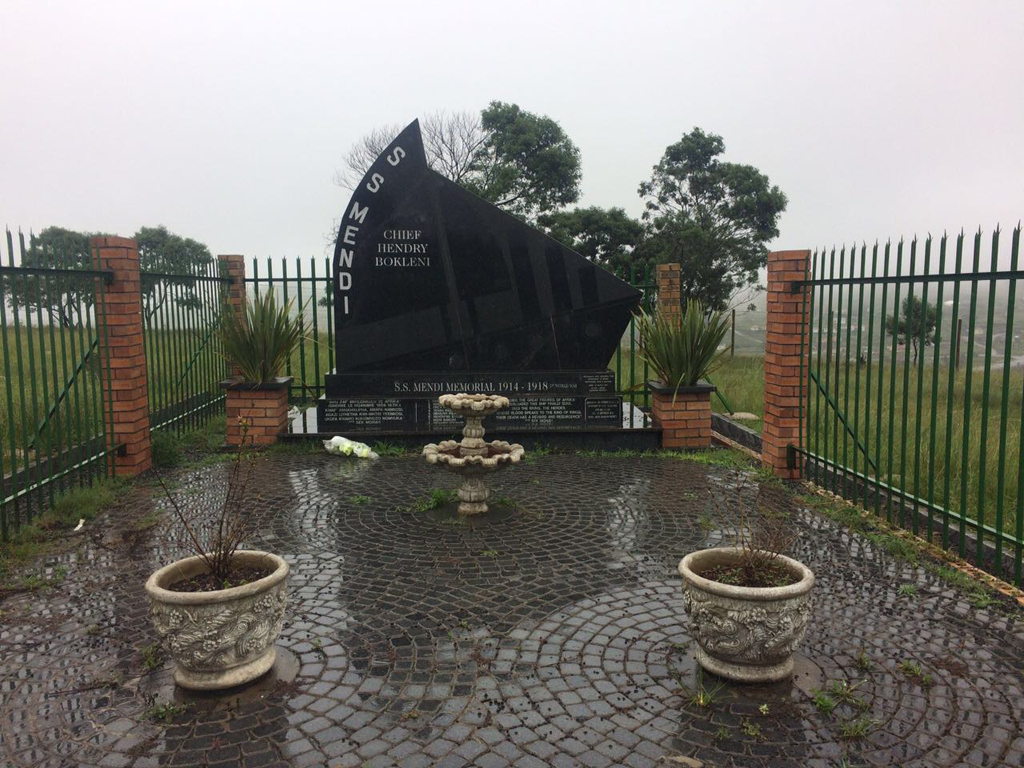 21 February, 2017, Some family members visited their ancestors memorial site in Libode, Eastern Cape to remember more than a hundred men that provided logistical support to the British Empire in the first World War.

EAST LONDON - Descendants of the men on board the SS Mendi that sank 100 years ago are asking government to repatriate their bodies’ home and compensate their families.

But so far their pleas have fallen on deaf ears.

Their forefathers are buried in France.

Some of the relatives who visited the crash site at the English Channel this week said the trip had allowed them to find closure.

At least 10 families laid wreaths at the site in a solemn ceremony at sea, just off England's Isle of Wight.

At the same time in the Eastern Cape, family members visited their ancestors’ memorial site in Libode to remember the more than 100 men who provided logistical support to the British Empire in World War I.

Photo: The Mhlanga river in Libode, Eastern Cape is where the men washed themselves using herbs to empower themselves before heading out on the SS Mendi.

Photo: The Tree of Fortune where travellers perform rituals to ensure the ancestors bless their trips. The men performed rituals here before they left for their ill-fated trip on the SS Mendi.

In a tribute during the Armed Forces Day parade in Durban on Tuesday, President Jacob Zuma described the more than 600 volunteers who lost their lives on the vessel as peace-loving internationalists,

"Black people had volunteered to join the world war in order to fight fascism. They were ahead of their time. They were internationalists who loved peace and justice.

"They also joined the war believing that their contribution would lead to better treatment back at home after the war by the colonial masters. Unfortunately their sacrifice did not earn them any respect by the rulers of the time, ” Zuma said.