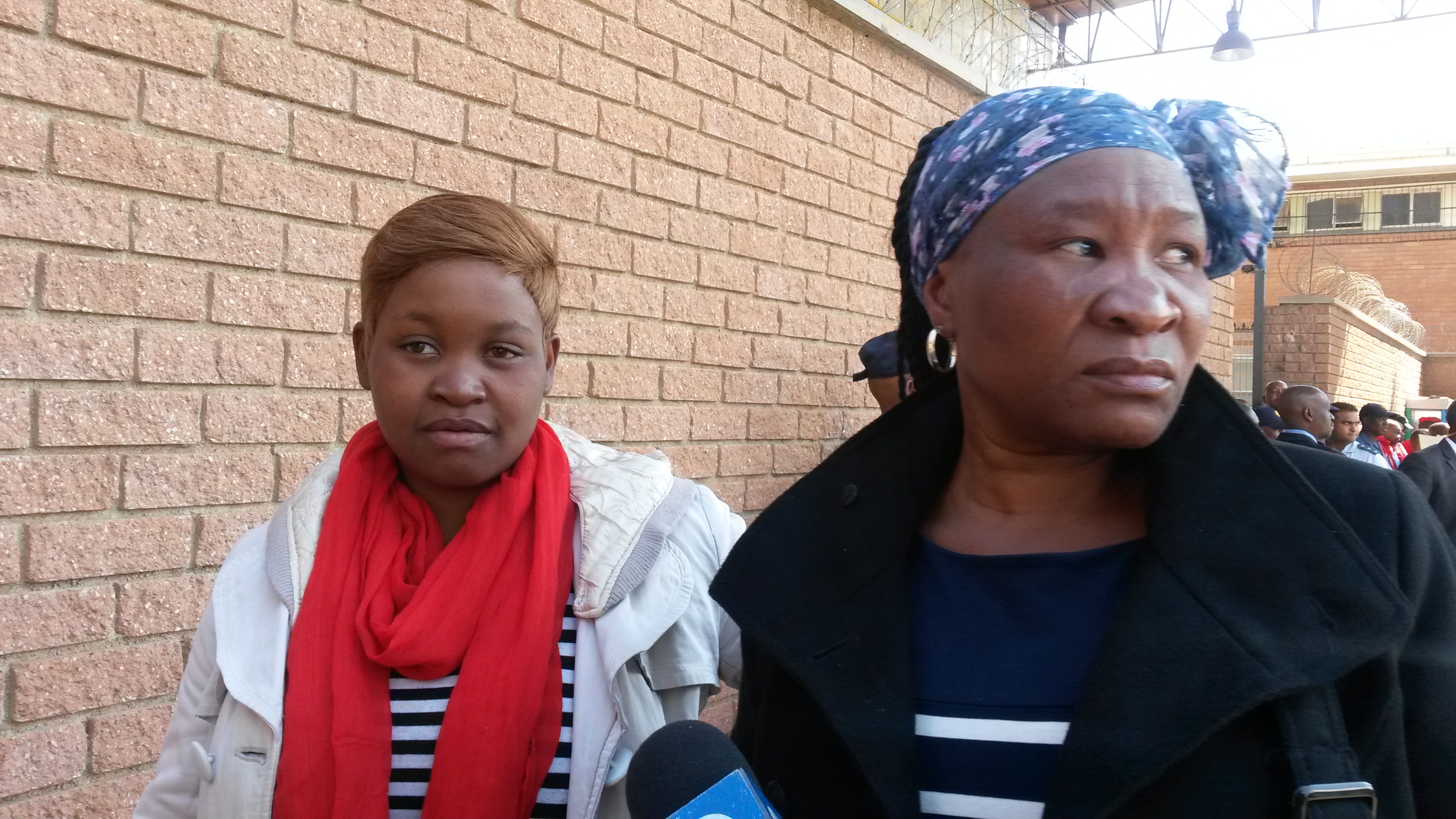 Emmanuel Sithole 's cousin Thando (left) with another relative were in court for the first appearance of his accused killers at the Alexandra Magistrate's Court, in Johannesburg on 21 April 2015.

Ed note: Spelling of names of four accused have been corrected.

JOHANNESBURG - Emmanuel Sithole&39;s cousin Thando says his killers should get life sentences for his murder.

She was among those at the Alexandra Magistrates Court, where the four men accused of his murder appeared on Tuesday morning.

Sithole, a Mozambican national, was attacked with a wrench and stabbed to death on the weekend, following an argument over cigarettes.

He had chased after a man who refused to pay for the goods bought at his stall.

On Tuesday morning Thando Sithole broke down in tears, as she described her feelings after seeing the photos of the attack on her cousin.

She was comforted by a relative outside court, while crying softly against the court wall.

"When I saw the guys I thought the magistrate will just give them a life sentence. No bail granted, just life sentence, because they killed an innocent man," she said.

Sithole said she would have taken revenge, if she had the power.

"But I&39;m letting justice take its course," she said.

"This thing is very painful to me. Even when I see pictures, I feel like crying."

On Tuesday morning, dozens of people gathered outside court while others clambered to get into the building.

They shouted and jeered at police when they were blocked entry, as the court was too small to accommodate everyone.

The four accused - Sizwe Mgomezulu, Ayanda Sibiya, Mthinto Bengu and Sifundo Mzimela - are aged between 18 and 22.

They will appear in court again, on murder and robbery charges on 4 May.

In a press conference held at the court, National Prosecuting Authority head Mxolisi Nxasana said the group would apply for assistance from Legal Aid.

Nxasana said the NPA would oppose the bail application "strenuously".

We are here to ensure the members of the public that we are treating this matter in a very serious light. Nobody has the right to take away any person’s life; that includes the people of South Africa as well as all people living in South Africa.

He added that he had consulted with the provincial director of public prosecutions, and the NPA was "quite confident with the evidence that we have that there is enough evidence to prosecute this matter."

Gauteng Premier David Makhura said the court should be allowed to do its work.

"The initial sense is that this was a robbery, and this sense comes from those who were around at the scene. These youngsters wanted to take cigarettes from a fellow human being who works had, selling," he said.

Makhura added that xenophobia had not been ruled out as a motive.

He added that government would need to work with communities beyond the initial crisis phase.

"One of the lessons we have learnt is that when the violence has calmed down we must not stop campaigning," he said.