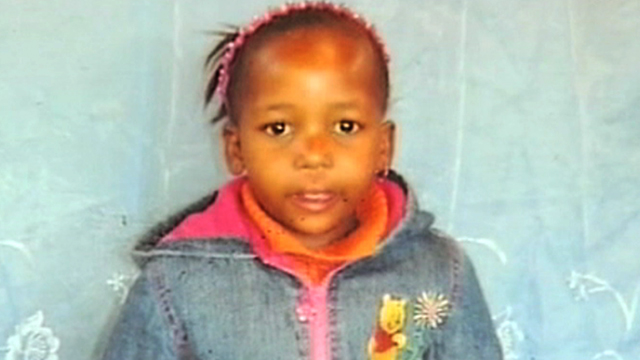 Mamelodi, 9 January 2014 - A Mamelodi man will be appearing in court soon after being arrested for murder and attempted murder. He shot dead a neighbour's seven-year-old child during a domestic dispute.

MAMELODI EAST - Funeral arrangements are underway for a seven-year-old girl who was shot accidently during a domestic dispute in Mamelodi East.

Ntabiseng Ramoroka was in bed playing with her mother’s cellphone, when a terrified neighbour arrived.

Lisbeth Sepogwane was running from her husband who threatened to kill her. The enraged man followed her to the Ramoroka home.

He fired a shot at his wife, but she ducked and the bullet entered the next room, where Ntabiseng was playing, killing her.

The man has been charged with murder and attempted murder.

Despite previous domestic violent incidents between Sepogwane and her husband, these were never reported.

*View the attached video for more on ths story