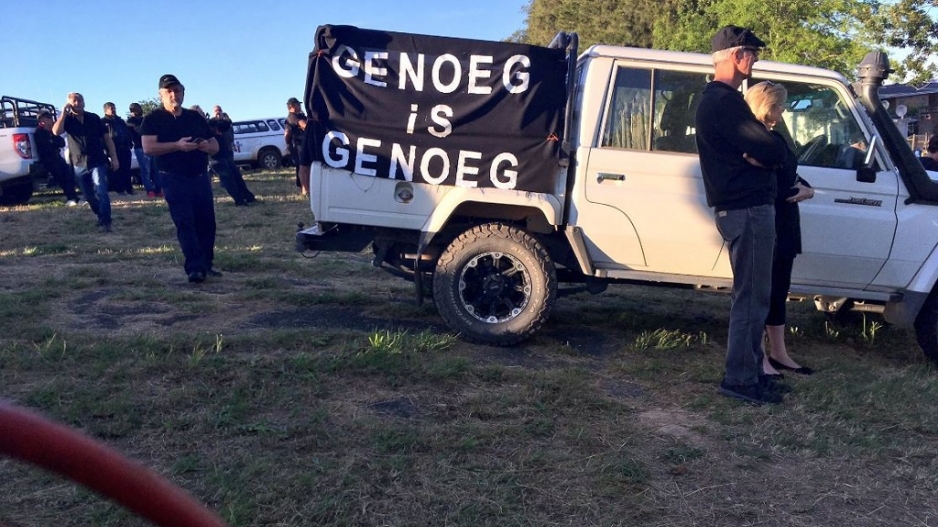 File: Protesters gathered say they are there to take a stand against farm attacks and murders.

JOHANNESBURG – Thousands of fed up farmers across South Africa on Monday dressed in black and took to the streets to protest against murders on farms and small agricultural plots.

The BlackMonday protestors were demonstrating against what they termed “white genocide” on agricultural property.

While some commentators highlighted the vulnerability of farmers and their families at the hands of assailants, others lambasted the defiant display of the old apartheid South African flag and singing of &39;Die Stem&39; at the march.

Others also raised questions about how farmers treat their employees.

"If [only] we were living in a context where black lives had been valued all along, equally to white lives."

She said the context of farms and the history of brutality in South Africa cannot be ignored, as was seen in the recent coffin assault case.

“It is still very fraught relations and if it had been different, we wouldn’t see the racial overtones developing as strongly as they are.”

Who are the victims of farm attacks?

“The statistics are not kept by race,” the South African Police Services head of communication and liaison, Major-general Sally de Beer, confirmed to Africa Check, “as race is not necessarily mentioned in the incident reports received from the stations.”

The last analysis of farm attack victims, by race, was conducted in the early 2000s. In 2001, the police’s Crime Information Analysis Centre revealed that of the 1,398 people attacked on farms, 61.6-percent were white, 33.3 percent were black, 4.4 percent were Asian and 0.7 percent were listed as “other”.

This data is now more than 15 years old and should not be assumed to be representative of the current situation.

Similarly, De Beer said that the police do not collect information on the status of the victims of farm attacks – meaning whether they were farmers, family members or workers.

Two figures are needed to calculate a crime rate: the number of cases and the population affected.

The police’s latest statistics show that there were 49 farm murders in 2015/16.

According to the official definition, the victims could include people “residing on, working on or visiting farms and smallholdings”. Experts say that estimating this total population is difficult, if not impossible.

“It may be problematic to use an estimate of all people living on farms depending on what data is used for murders and attacks,” Gareth Newham,  head of the crime and justice programme at the Institute for Security Studies, told Africa Check.

“It is likely that many of the figures for farm attacks and murders on farms collected by organised agriculture or the SAPS for that matter, would not contain all the attacks or murders of non-farmers.”

Until an accurate estimate of the number of people “residing on, working on or visiting farms and smallholdings” is released, it will not be possible to calculate a farm murder rate.

Is there a political agenda behind the attacks?

The 2003 committee of inquiry into farm attacks investigated 3,544 cases recorded by National Operational Coordinating Committee between 1998 and 2001 to determine the motives behind the farm attacks.

The committee’s report acknowledged that “obviously, more than one factor may motivate a farm attack or cause an attacker to select a specific farm…therefore [the committee] tried to identify the cases where the apparent primary or main motive was either robbery, intimidation, political, racial or labour related”.

The committee was able to identify a clear motive in 2,644 cases.

This data is, however, over 15 years old and should not be assumed to be representative of the current situation.

s there a political agenda behind the attacks? by Estelle Bronkhorst