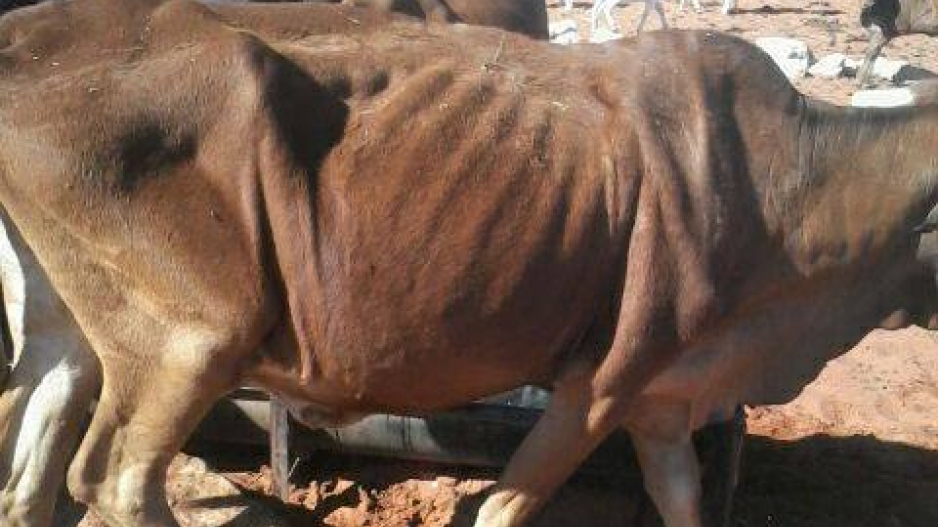 A farmer in Kalahari has lost 5 cattles amid the drought in the country.

UMSINGA - An Umsinga farmer is at his wits end as the drought ravages KwaZulu-Natal.

Umsinga is one of the worst-affected areas in the province’s Midlands.

Harrison Zondi has been farming in the Umsinga district for most of his life.

He relies on his livestock to support his family of 15.

Zondi has lost 28 cattle since the beginning of the year.

The local uThukela river has run dry and the 62-year-old is worried the lack of food and water will claim more of his herd.

“My cattle played a vital role in how I brought up my children – especially paying for their education," he said.

"About four of my children completed their tertiary education through proceeds I made from selling these animals.

"Whenever we needed money we could always sell a cow.”

Zondi is now pinning his hopes on the R114-million set aside by the KwaZulu-Natal Agriculture Department for drought relief.

One industry body says the funds need to be allocated to small-scale farmers, who are most in need of the assistance.

“The distribution that will happen will be effective if they bring closer all the resources, closer to the local municipality, ward level," said  Thubelihle Zondi of the African Farmers’ Association of Southern Africa.

But farmers need more than money.

The association says they need to be taught the skills needed to survive droughts like this.

While government’s relief funding is expected to last three months, Umsinga farmers say they are likely to need more assistance if the situation doesn’t improve soon.