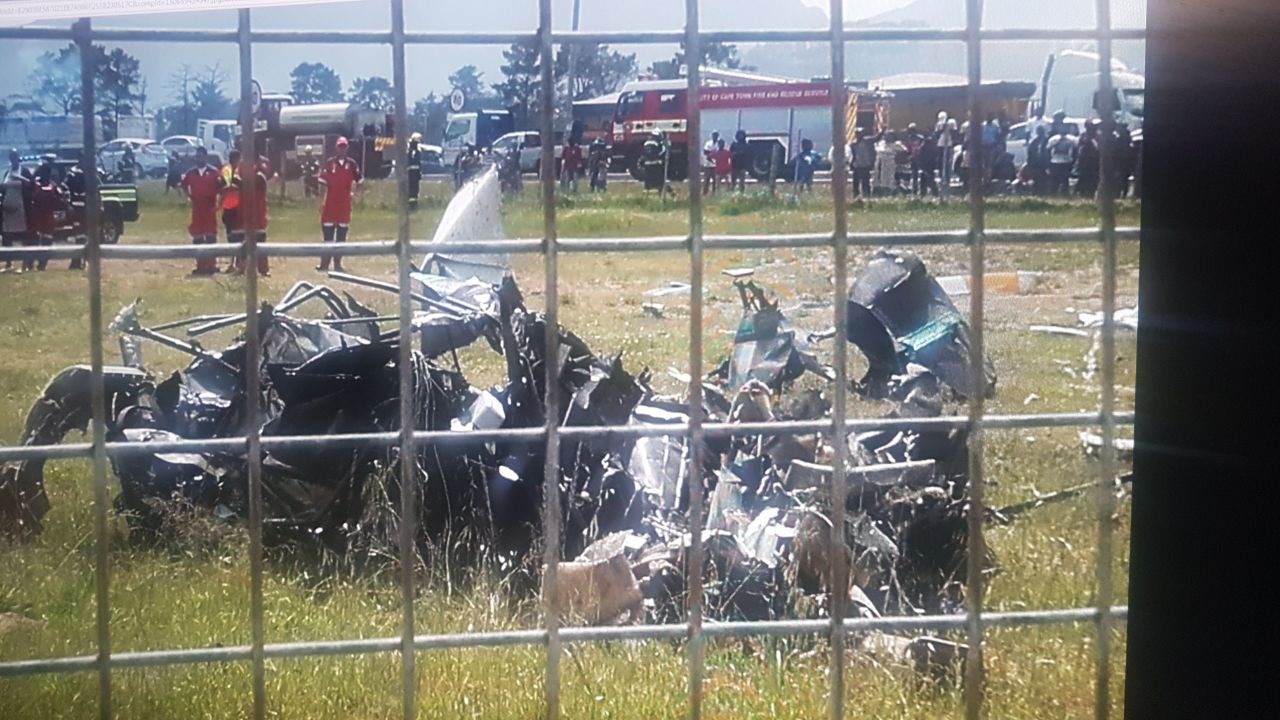 A helicopter has crashed in Strand, Cape Town.

JOHANNESBURG – A man was killed on Thursday afternoon when a helicopter crashed into a field at a school near Strand in the Western Cape, ER24 has said.

A statement released the emergency medical service it says paramedics arrived on the scene at 12:00 midday, finding the Metro services already there.

“Paramedics assessed the lone occupant and found that one man had sustained numerous injuries and showed no signs of life. Unfortunately, nothing more could be done and the man was declared dead by Metro Services,” reads the statement.

Helicopter #crash in Lwandle. The chopper landed at Nomzamo high school. City says it seems the pilot was the only one in it. pic.twitter.com/L6Xj5dyA18

Details surrounding the incident were still sketchy, but it is beleived that the helicopter crashed into the nearby powerline.

Business owner, Peter Jerling- chicken world, summerset business park close to the N2 says they have lost power due to the #HelicopterCrash pic.twitter.com/iWNvyOGeDv

Authorities are on the scene for further investigations.