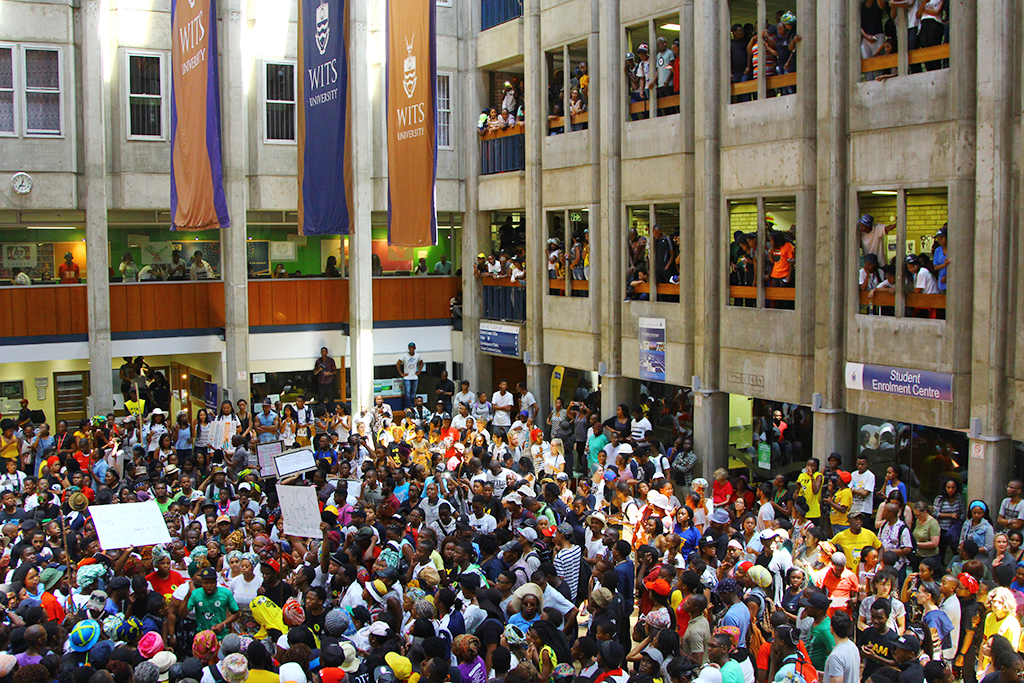 JOHANNESBURG -- The Congress of South African Students (Cosas) is rallying matric learners to join students across the country in a national shutdown at South African universities.

“We are already marshalling students to universities around the country but we are allowing students to go to schools so that they can collect their exam timetables first,” said Cosas general secretary Khulekani Skosana.

He added: “Then after midday we will be marshalling them at Wits for example. We are joining them and we are responding to the call because we are also affected.”

On Tuesday, former University of Witwatersrand (Wits) SRC president, and one of the leaders of the institution’s FeesMustFall movement, Mcebo Dlamini, called on the student body to support them.

“We are calling on Cosas to shut down and join the peoples revolution of access to higher education for all,” said Mcebo.

He said matric learners will also be affected by the fee increases come next year.

“They will get those distinctions and come January there will be nothing. We will be protesting for National Student Financial Aid Scheme (NSFAS) here when we can win the battle now, we need the support of Cosas,” he said.

Students at universities across the country have been protesting over fee increases for next year.

They argue that the increases are unaffordable and are demanding no fee increase.

On Tuesday, higher education minister Blade Nzimande announced a six percent cap on fee increases at universities for 2016, a proposal rejected by students at most universities, including Wits.

Now, Cosas says it supports students and will join their protests at universities.

“Even if you can secure 10 bursaries, none of them are going to pay for the application fee. We do not understand why universities continue to accept application money from students knowing very well they no longer have space,” said Skosana.

But the student body said no matric examinations will be interrupted.

“All students writing today will not be disturbed and matrics that will start writing on Monday, we will respect that they should write. We are proving that we can march and pass at the same time,” he said.