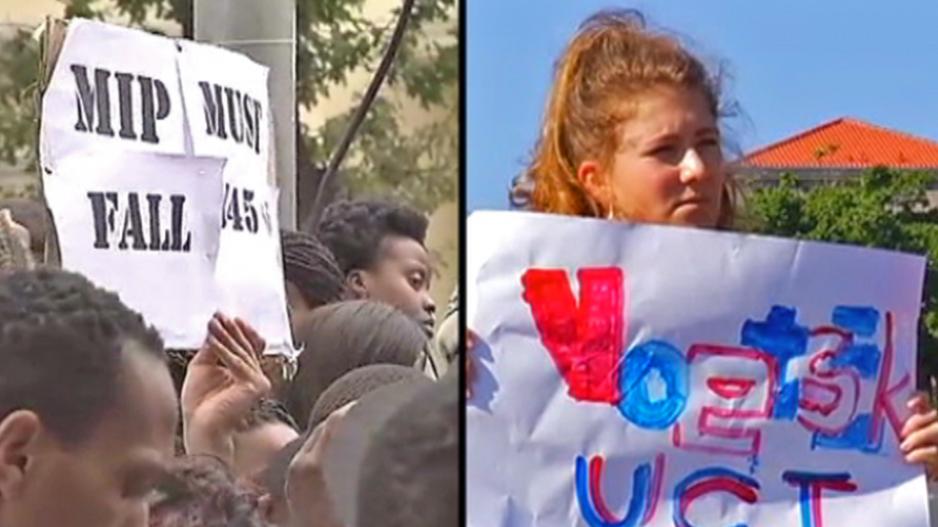 Johannesburg, 20 October 2015 - Protests about next years fee increases have already taken place at Wits, Rhodes and UCT. More are planned at other universities later in the week.?

JOHANNESBURG -- Thousands of university students have gathered on Plein Street outside Parliament in Cape Town as they plan to “shutdown parliament” as part of their FeesMustFall campaign.

Students are burning tyres in protest.

South African Police Service (SAPS) members, dressed in full riot gear, are out in force in the area.

Riot police are here and all up in gear standing manning gates of Parliament FeesMustFall pic.twitter.com/6kiujQYlYP

Thousands more students are expected to arrive at parliament even though some University of Cape Town (UCT) students were prevented from going from their campus to Parliament by police.

Students from Cape Peninsula University of Technology, Stellenbosch University and UCT have been mobilising from Wednesday morning for students to head to Parliament to interrupt Finance Minister Nhlahla Nene’s mid-term budget speech at 2pm.

Students are calling for a no fee increase for 2016.

They have rejected higher education minister Blade Nzimande’s announcement that fee increases for next year will be capped at 6-percent..

Wednesday’s planned “shutdown parliament” is part of a nationwide shutdown of universities across the country protesting about fee increases.

“We want to reject the six percent proposed by the minister and those VCs who sat in their position of privilege and decided that us as poor students can afford six percent,” said Congress of South African Students (Cosas) Western Cape secretary general Naledi Maponopono.

Maponopono said the student movement will not hand over a memorandum of demands but will make clear their demands to parliament.

“We only have two demands we are here to make – we want a zero percent fee increase and free education,” said Maponopono.

Meanwhile, many universities across the country including University of Witwatersrand and Nelson Mandela Metropolitan University have been shut down by students demanding no fee increases.

Watch the scenes unfolding in the video stream below: