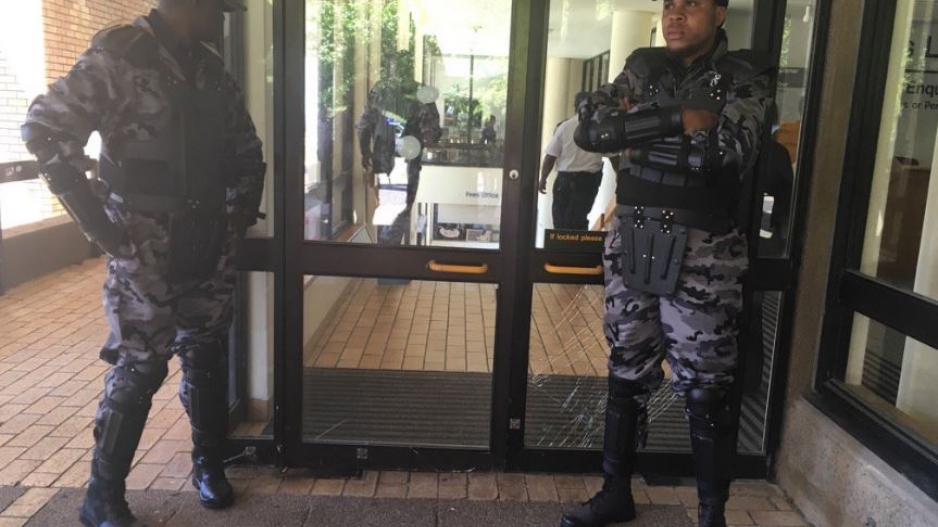 Security blocking off entrances at the University of Cape Town.

CAPE TOWN - The University of Cape Town has been forced to shut down.

On Wednesday, students succeeded in bringing academic activities at the university to a standstill.

The matter is currently under investigation.

Meanwhile, the divisions between two opposing student groups at Nelson Mandela Metropolitan University were played out in public on Wednesday.

The group called for the university to be re-opened, calling out the Fees Must Fall movement.

It's accused the Fees Must Fall movement of dividing the students along racial lines.

After engaging, the two student groups vowed to meet up again to discuss a way forward.

At the same time, university management has warned students that they have until Monday to return to class, or they won't be able to complete their academic work for 2016.