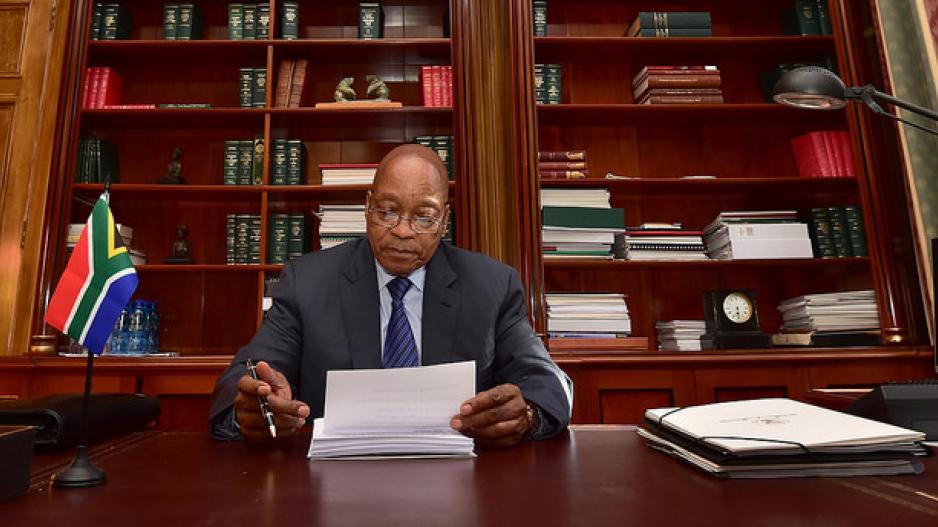 President Jacob Zuma prepares for the State of the Nation Address to be delivered in Parliament, Cape Town.

Zuma refused to sign the ammended bill in fear that it would not pass constitutional muster because it allowed, in Section 45, for warrantless searches. The president sent it back to the National Assembly for review. The committee debated the issues and clarified certain sections of the bill.

Carrim said independent legal opinion given during the debates resolved that warrantless searches were constitutional.

“What we have done in the bill is we made it even more clear that the inspectors in the case of the Financial Intelligence Centre Amendment Bill will not carry out searches that will lead to criminal prosecutions, they are concerned with compliance of the act, " Carrim elaborated.

"Secondly, that warrantless searches can take place in circumscribed, very specific circumstances and we merely set out the behaviour of the inspectors when they do these searches," he emphasised.

The chairperson said there was also emphsises on the need to observes people’s constitutional rights including their right to privacy and dignity.

The contention and review of the bill saw the inclusion of public hearings, which Carrim described as unprecedented. Now the committee said that Zuma can either sign it or take it to the Constitutional Court.

The bill will be debated and voted on in the National Assembly in the coming weeks.