Fight breaks out between Wits academics 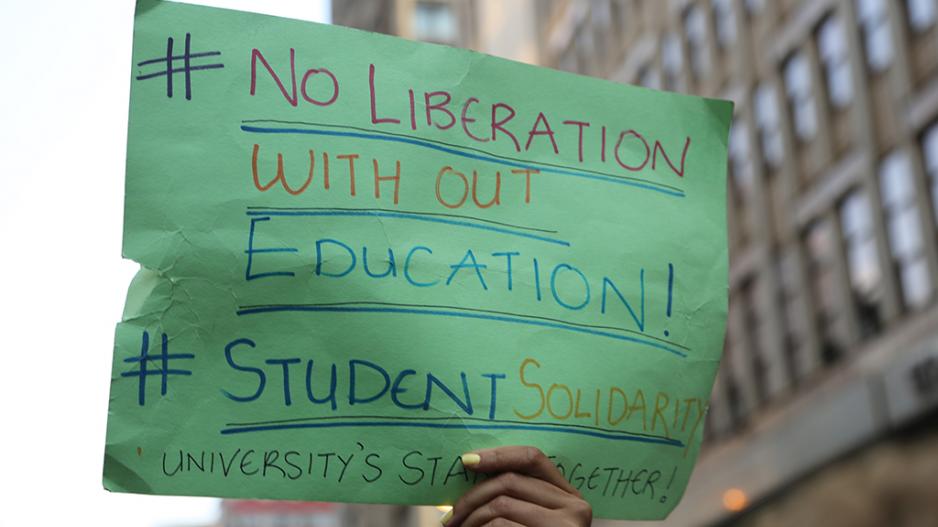 A student holds a placard during a march on ANC's headquarters, Luthuli House, on Thursday 22 October 2015. Thousands of students from Wits and UJ handed a memorandum of demands to ANC SG Gwede Mantashe.

JOHANNESBURG - Tensions at Wits University appear to boiling over continuously.

Earlier on Monday afternoon, a fight broke out between two senior staff members.

The incident took place during a senate meeting.

The academics were discussing whether or not all staff and students should participate.

One of the staff members apparently grabbed the neck of the other.

A source says that a third staff member had to intervene.

Wits remained closed today and will keep its doors closed for at least another day, with Wits Management saying the General Assembly will not happen tomorrow.

The university says it will use tomorrow to engage with students on the nine-point plan.