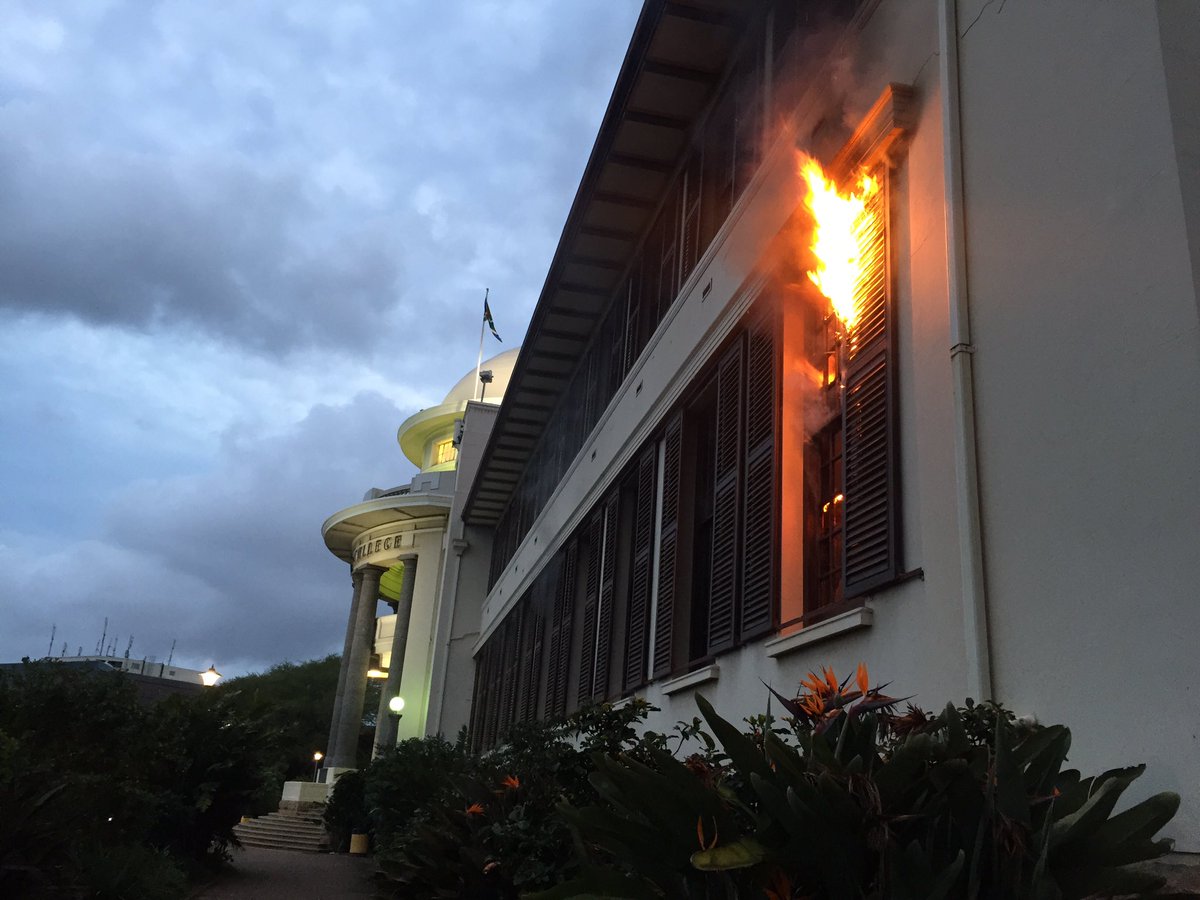 A fire broke out at the University of KwaZulu- Natal's Howard College law library.

JOHANNESBURG –A fire broke out at a library of the University of KwaZulu- Natal&39;s (UKZN) Howard College campus on Tuesday evening.

The Howard College&39;s law library was set alight after students staged protests at the institution earlier in the day.

Firefighters were on the scene trying to douse the flames.

UKZN on Tuesday suspended its academic programme at all five of its campuses in the wake of student protests that saw at least six cars torched and buildings burnt at the Westville campus.

Classes have been suspended until the 20th of September.

Earlier students alleged that police fired live rounds at them but police denied this.

UKZN spokesperson Lesiba Seshoka said in an interview with eNCA that there seems to have been an escalation in violence on their campuses and apealed to police to attend to the matter urgently.

The Law library we shall return to  UKZN What a wow! pic.twitter.com/oqCLnQCKhj