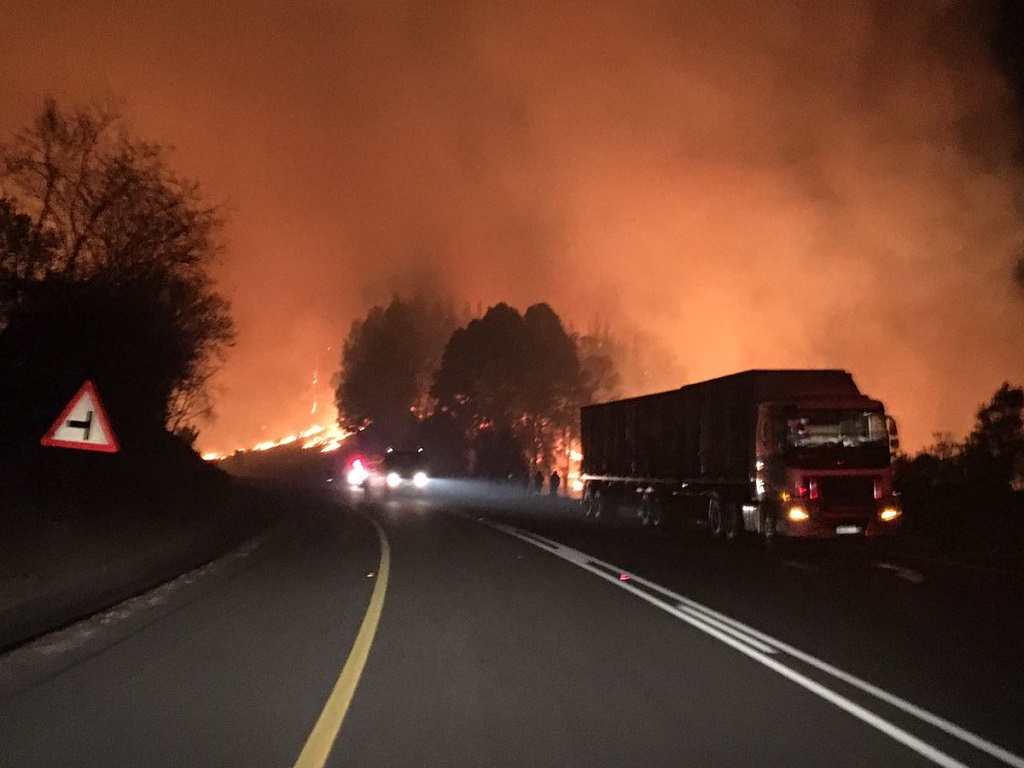 The N2 has been closed due to a fire. TWITTER / @KnysnaMuni

KNYSNA - The severe weather in the Western Cape has fuelled a blaze at Kruisfontein just outside Knysna on Wednesday morning.

While authorities say a second fire in Eilandskraal could affect people's homes.

They say the fires cover large areas and are being fanned by strong winds.

The N2 between Knysna and Plettenburg Bay has been closed as both sides of the road have been affected by the Kruisfontein fire.

Important notice: there is a large fire raging between Plett & Knysna and the N2 is closed. Motorists are urged... https://t.co/5Y1WtV8qke

Spokesperson for the Knysna Municipality Fran Kirsten said the Kruisfontein fire started in the early hours of the morning and firefighters have been battling to contain it since around 4am.

#N2 between #PlettenbergBay and #Knysna closed for +-3 hrs due to #fire in the #Kruisfontein area. Pls find alternate route @knysnatourism pic.twitter.com/eQErSqaEdp

Meanwhile, the suburb of Springveld, just outside Knysna has been evacuated. The city is relocating those affected to a community hall and providing emergency relief.

Several people have been treated for smoke inhalation.