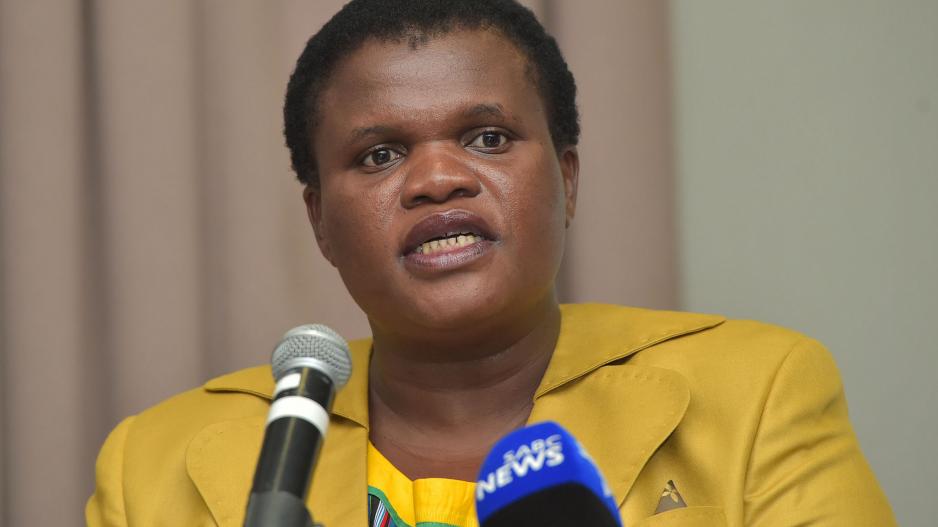 File: Communications Minister Faith Muthambi is expected to testify before the Parliamentary committee probing the SABC.

The proposals came as members of the ad hoc committee continued deliberations on the inquiry which will be included in their draft report to be compiled next week.

The SABC is fully owned by the government, with Muthambi acting as its shareholder representative.

While a working document, which is forming the basis of discussions and subject to amendments by MPs, stated that the role of the shareholder needs to be clarified to prevent undue interference by the minister into the affairs of the board and administration, Inkatha Freedom Party (IFP) MP Narend Singh said the wording needed to be stronger.

“The role of the current shareholder representative [Muthambi] leave a lot to be desired. We need to recommend to the appointing authority [Zuma] that he reconsider the continued holding of office by the incumbent in this portfolio,” said Singh.

The DA’s Mike Waters agreed, asking that a phrase indicating Muthambi abused her position of power be included in the committee’s draft report.

He said the president must fire her with immediate effect and ensure that she is not appointed to another portfolio. In addition, Waters also wants MPs to consider writing to Parliament’s ethics committee to probe her conduct.

ANC MP Makhosi Khoza differed, proposing rather that the draft report not refer to a specific minister but rather to the role played by Muthambi and her predecessors.

“It’s not necessarily about a specific minister. It’s about the shareholder representative in this context.”

EFF MP Fana Mokoena said if the committee did not take a stronger position on Muthambi, the deterioration of the SABC would continue.

“Given the fact that she failed to rein in the board, to run the SABC efficiently, given the fact that the SABC deteriorated under her watch, given the discrepancies that we picked up in her evidence, I think its clear that she’s not fit to hold the office of shareholder representative he said.

“I think the concrete, cogent recommendation that we must make to the president is that she must be fired.”

Earlier during proceedings, MPs from across the political spectrum voiced grave concerns about the Broadcasting Amendment Bill, tabled by Muthambi in 2015, which if passed will give her the powers to appoint and dismiss members of the SABC board.

MPs view this as Muthambi attempting to usurp the powers of Parliament. They were in favour of either scrapping the bill or including provisions asserting the supremacy of the Broadcasting Act over that of the Companies Act.

MPs want their report to be clear that the two laws can’t be used interchangeably, but rather that Parliament be recognised as the the body which interviews candidates for the board, recommends their choices to the President, and if needs be presides over processes to remove errant board members.

The committee meets again on Tuesday to continue deliberations, which have been more laborious than anticipated.

MPs would have completed crafting their draft report by Tuesday, but have extended their deadline to Thursday. Organisations and individuals affected by the draft report will then be given 14 working days to make submissions, before a final report is adopted by February 22.

The report then goes to the National Assembly for debate by February 28.