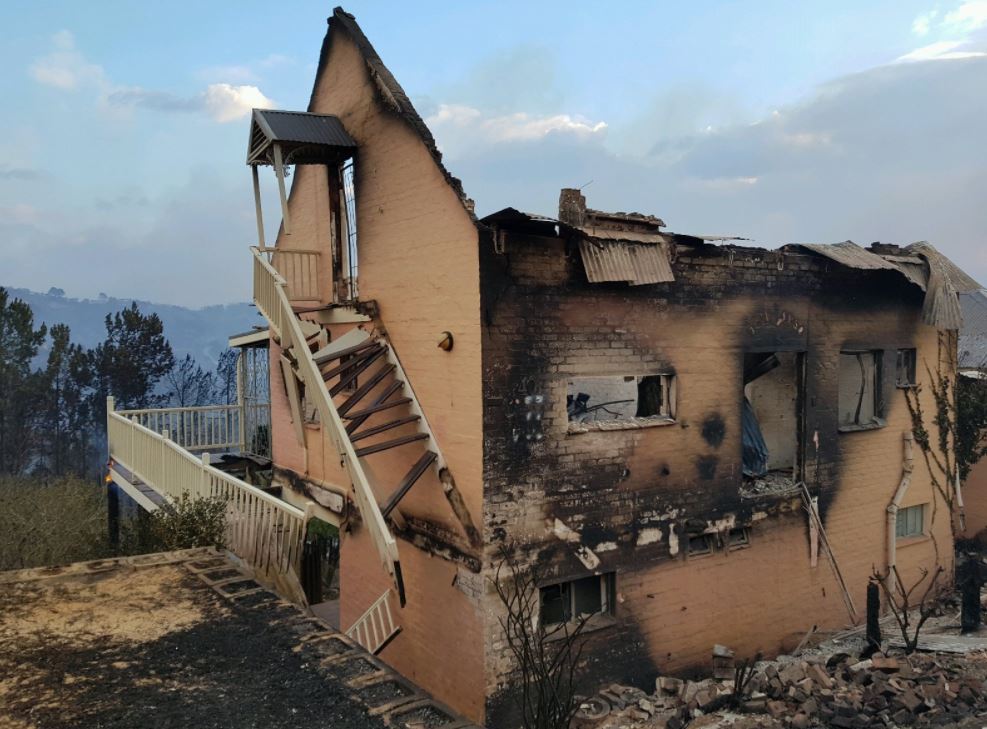 File: The Knysna fire of June 2017 was the biggest and most destructive fire in South Africa’s recorded history since 1869.

KNYSNA - Knysna was declared a disaster area on Thursday.

More than 8,000 people were evacuated from the town as firefighters battled to contain wildfires on Wednesday and Thursday.

Hundreds of homes had been razed by a runaway fire.

On Thursday evening the mayor said the fires were being contained.

"We’re at a point where we are cautiously optimistic that the fires will be totally cut out by say tomorrow (Friday). We don’t want to create unnecessary expectations because we do still have a few areas [where] we are still having challenges with fires. And those priority areas are currently receiving all our attention.”

Additional firefighters and SANDF troops were sent to the area.

[Update] Humanitarian support is being co-ordinated for an estimated 8 000-10 000 Knysna residents after devastating fires last night.

Helicopters haven't been able to access the area due to thick smoke and strong winds.

The main hospital in the area is considered safe for now, but emergency services are monitoring the site as there are fires around it.

#KnysnaFire Sadly the fires in and around Knysna are still not under control. Fortunately the wind has died down quite a bit.

#KnysnaFire But many hotspots and sporadic flare-ups are still causing concern. Extra fire fighting teams are now starting to arrive

By 2am on Thursday morning, around 10,000 people had been evacuated.

Go George buses have arrived in Knysna to help with the evacuation #KnysnaFire pic.twitter.com/hvwPU5rEEy

Additional firefighters have been deployed to the town.

Numerous fires and a plantation blaze are raging along the N2.

A farmworker, his wife and son have died in Rheenendal.

Several homes have been gutted and thousands of people are displaced.

The N2 between Knysna and Plettenberg Bay remains closed.

Disaster Management says this is the most destructive fire in a built-up area in the province in recent memory.