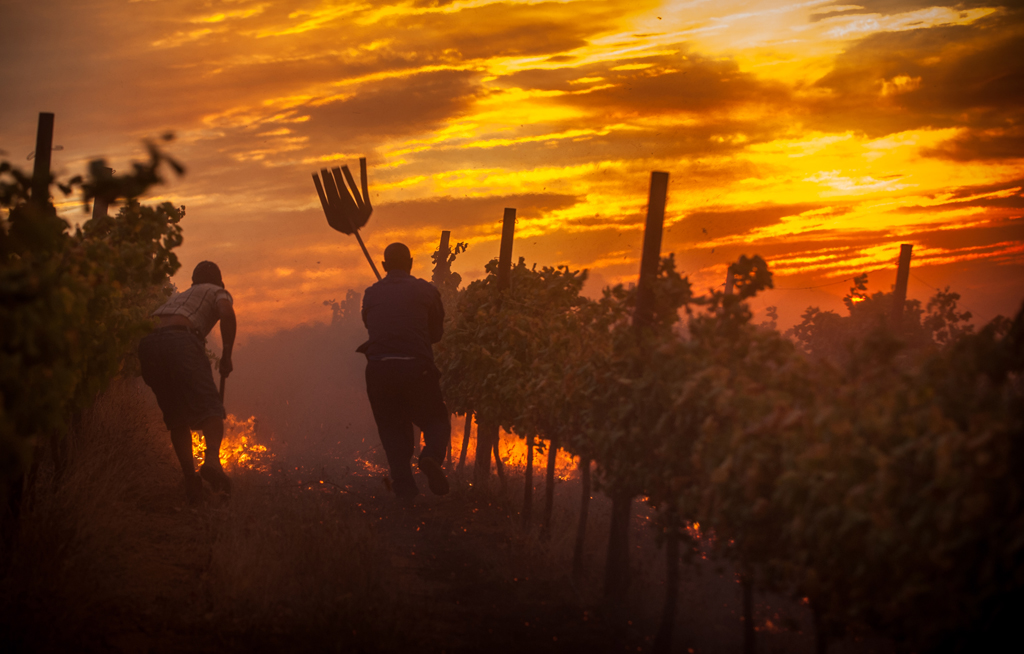 Farm workers battle to put out the flames on a vineyard, in Stellenbosch on Sunday, 1 March 2015. The fire fuelled by strong winds and high temperatures swept through the Cape southern peninsula.

CAPE TOWN - The fire that has raged through Cape Town for the past three days is still not under control despite exhausted firefighters working around the clock to contain it.

The city is facing a third night of raging wildfires.

No deaths have been reported, but several houses and a luxury lodge have been destroyed.

The blaze started in Muizenberg in the early hours of Sunday morning and has since crisscrossed the peninsula.

On Tuesday evening, authorities were most concerned about Ou Kaapseweg and Clovelly, with Boyes Drive and Chapman&39;s Peak closed once again.

Firefighters are still battling to contain blazes in Tokai forest and on the slopes above Hout Bay.

Ground teams are being supported by aerial water-bombs.

De Lille said, "I&39;ve really come today to say thank you to all the brave men and women they&39;ve been working 24-hours a day, being out there trying to extinguish the fire but Capetonians also rose to the occasion by volunteers bringing food and I want them to continue to assist us until we have all these fires under control."

Those in the path of the flames are prepared for the worst.

A Hout Bay resident said, "The children are out, my wife is about to go. The fire brigade has been amazing. They&39;ve been here since yesterday evening - camping out."

With temperatures soaring and the fires still out of control, Cape Town is praying for rain.

See the video in the gallery above.