First pics of NFP leader in nearly a year 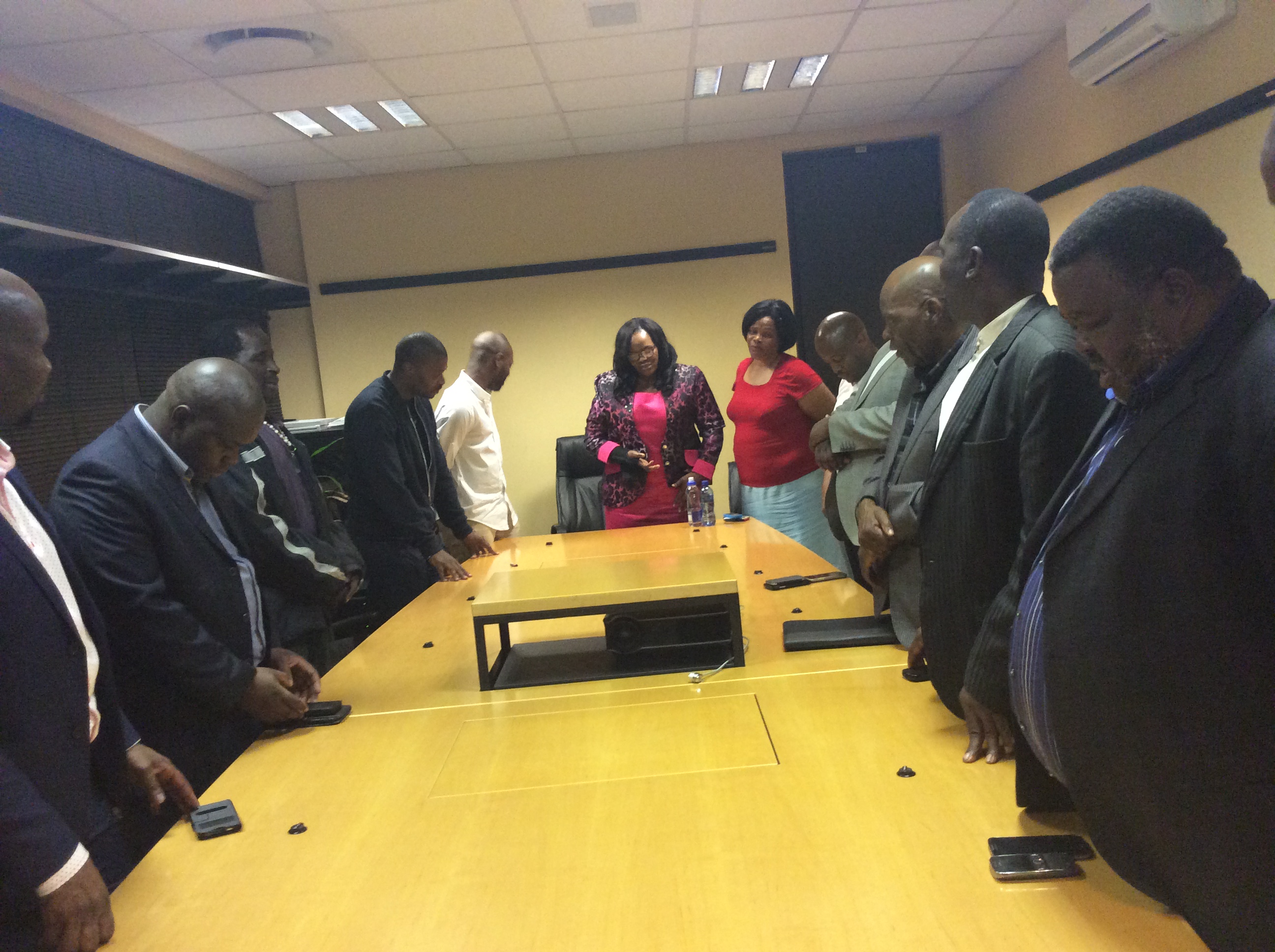 Traditional leaders in Pretoria with Zanele kaMagwaza-Msibi (centre). This is one of the first pictures of the NFP leader to be seen since she took ill last November.

DURBAN - The first pictures of National Freedom Party leader Zanele kaMagwaza-Msibi appearing in public in almost a year were released on Saturday.

While speculation at the time was rife that she had suffered a stroke, the official explanation was that she was suffering from exhaustion.

The photographs, taken with an iPad tablet on Friday, were released by her spokesman Canaan Mdletshe, ostensibly showing her meeting with traditional leaders in Pretoria.

In none of the pictures is she seen speaking and her right arm forearm and wrist are in a brace.

According to the statement released by Mdletshe, kaMagwaza-Msibi was joined by the NFP’s national working committee when she met the traditional leaders in Pretoria.

One photograph shows her with Zululand District mayor Mpiyakhe Alson Hlatshwayo while another shows he standing with the leaders who appears to be praying.

“To the people out there, especially my dear supporters, I thank you from the bottom of my heart for your prayers. I know I have a big loving family in you. I promise to see you soon, even if it means sneaking out behind the medical team that is working towards my full recovery. I urge all NFP members to unite for the sake of our organisation. I know we have challenges, but we can pull through and work towards a prosperous future,” kaMagwaza-Msibi was quoted as saying.

Mdletshe said last year that her illness was stress-related.

The Witness newspaper reported that she had suffered a stroke, however this has never been officially confirmed and the official explanation is that she was suffering from exhaustion.

KaMagwaza-Msibi was the national chairperson of the Inkatha Freedom Party, before she had a falling out with the IFP leader Mangosuthu Buthelezi. Three months before the 2011 local government elections she and her supporters broke away to form the National Freedom party and secured 2.4 percent of the vote in that election.

In the 2014 election the party’s share of the national vote fell to 1.5 percent and since she took ill the party has been beset by internal squabbles.