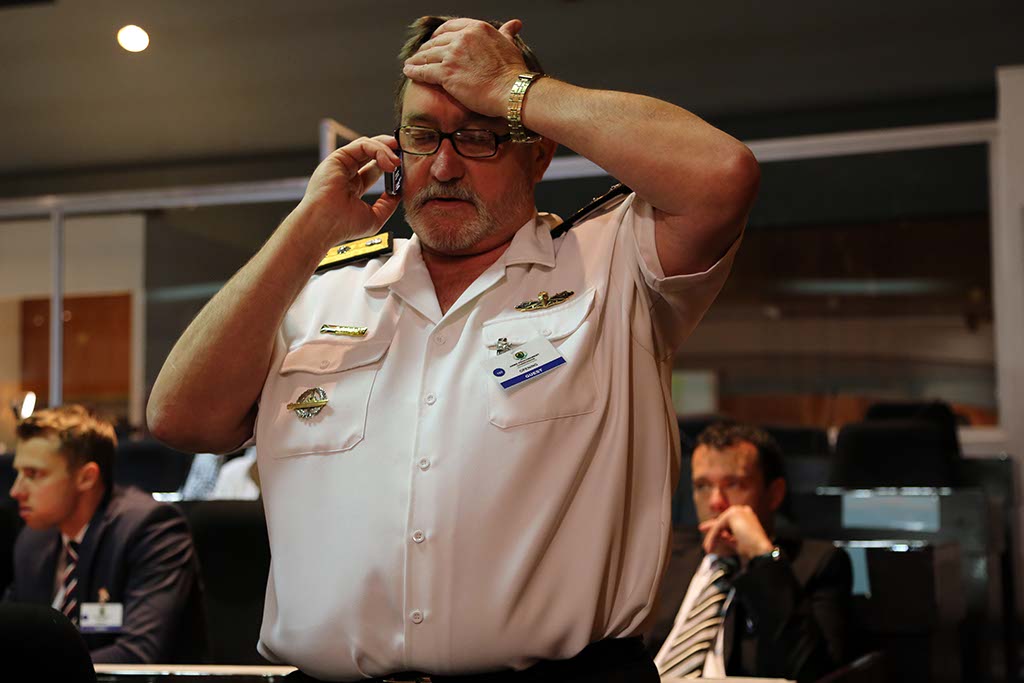 Navy Rear Admiral Alan Green photogrpahed on the first day of the Arms Deal Commission of Inquiry at the Munitoria Building in Pretoria on 5 August 2013.

PRETORIA – The first witness in the arms deal commission of inquiry, Rear Admiral Alan Green, is expected to take the stand today.

Green is the first of several military witnesses originating in the Navy, Air Force and Armscor.

These witnesses will be followed by Department of Trade and Industry and Treasury staff, before former Finance Minister Trevor Manuel and Former President Thabo Mbeki are called to testify.

Meanwhile, South Africa is still paying the interest on arms and military equipment purchased 14 years ago, the evidence team revealed yesterday. Evidence leader Matshego Ramagaga quoted a Treasury Affordability Study, which estimated that “the finance charges on the capital amount of the Strategic Defence Procurement Packages (SDPP or arms deal) will be settled by 2018.”

“Noting that the contracts concluded require payment in foreign currency, exchange rate fluctuations has and will inevitably affect the costs incurred in the purchase of the SDPP equipment,” Ramagaga said.

Ramagaga said the initial cost of the defence package was estimated at R29,9-billion and later revised to R42,3-bilion.

According to evidence leader advocate Tayob Aboobaker SC, critics of the deal contend that “South Africa was not at the time when the SDPP was concluded faced with any short to medium term military threats.

“[Critics contend] that priorities such as housing, electricity and job creation should have been the focus and delivery priorities of those who governed us (and) that the greatest threat to South Africa’s security at the time was poverty and unemployment,” Aboobaker said in his opening statement.

Green is expected to tackle government’s rationale for purchasing weapons and equipment now estimated to have cost government some R70-billion.

In addition to explaining the SA National Defence Force’s mandate, he is expected to shed light on “the implementation of policies which culminated in the decision to purchase the armaments which are the subject of this inquiry,” Matshego said.

Green will also testify about the “funding profile” chosen by government.

The second phase of witnesses, who are only likely to appear before the commission next year, include whistleblower Patricia de Lille, arms deal critic Terry Crawford-Browne and former members of Parliament Andrew Feinstein and Gavin Woods.

The Arms Procurement Commission has opted not to release the names of “implicated person” as its hearings kicked off Monday morning.

"The commission has considered it fit that before such persons or entities are named they should have the benefit of a notice from the commission informing them that they will be implicated by persons who have made submissions to the commission.

These notices to implicated persons will be given before the second phase of the hearings commence," Aboobaker said in his opening statement.