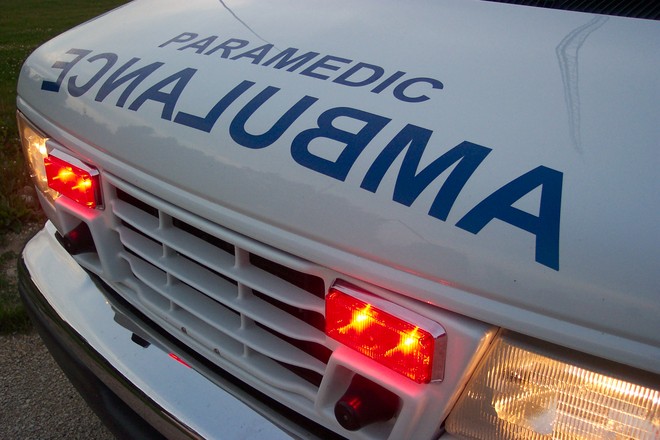 File: Two paramedics were attending to a patient when two men armed with knives robbed them and took the ambulance.

CAPE TOWN – Five suspects were arrested on Monday after paramedics were robbed at gunpoint while assisting a heart attack patient in Heideveld.

Police spokesperson Lieutenant Colonel Andr Traut said the suspects were between the ages of 20 and 27.

“At around 00:30 the paramedics were held at gunpoint by six suspects and robbed of personal effects in Carol Court, Heideveld, while assisting a heart attack patient,” Traut said.

According to Traut the suspects fled the scene.

Sergeant Darryl van Noie from the Manenberg detective branch was assigned to the case and by 3am his efforts had led to the arrest of the five suspects, the recovery of the stolen items, as well as a toy firearm allegedly used in the execution of the crime.

Traut said the sixth suspect managed to evade arrest and was being sought.

“The staff were left uninjured, but severely traumatised,” Daniels said. “They were robbed of personal items including money, car keys, cellphones and their driver’s licenses. A case of armed robbery was opened with Manenberg Police Station and the staff are receiving trauma counselling.”

The suspects were due to make a court appearance in Athlone.