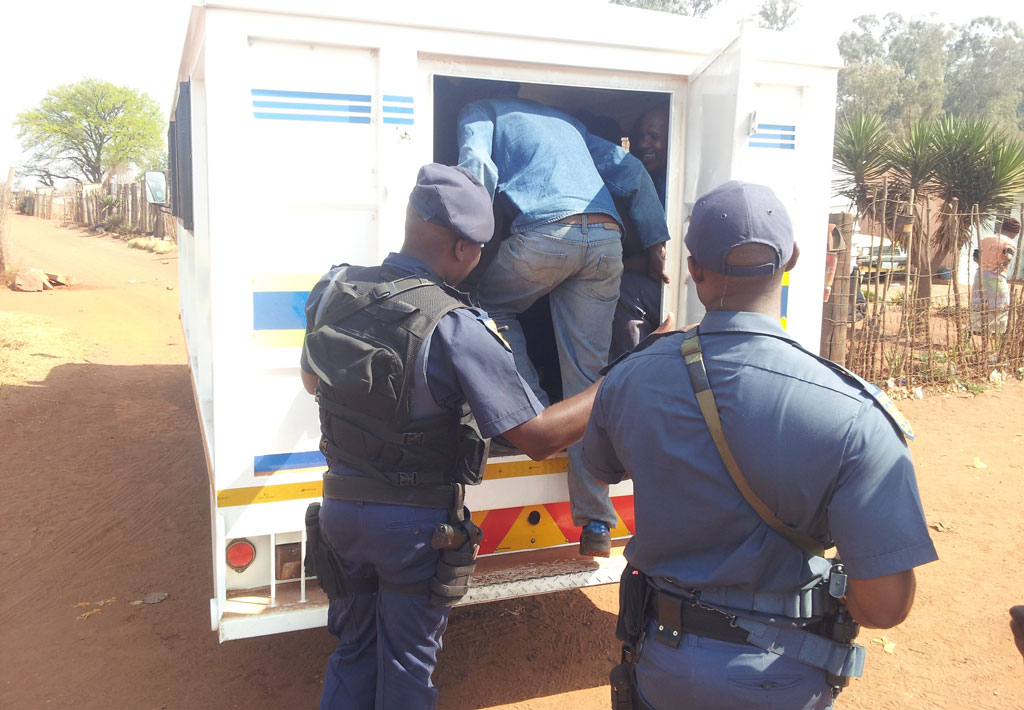 More than 100 protesters were arrested in Protea on 11 September 2013 after violent service delivery protests.

LIMPOPO - Five men arrested in connection with a truck hijacking were expected to appear in the Mankweng Magistrate&39;s Court on Monday, said police.

The truck, which was transporting cigarettes, was taken at gunpoint at Ga-Kgole in Limpopo on Thursday.

Police later spotted a vehicle which matched the description of the hijackers getaway car parked at Viking village.

"The brave police entered the yard and found R105,000 worth of cigarettes in the possession of five suspects and [they] were arrested on the spot," Mulaudzi said on Sunday.

A sixth suspect was still on the run.

The gun, suspected to have been used in the hijacking, was also recovered.

The group would face charges of hijacking, armed robbery and possession of an unlicensed firearm and ammunition.