Five Kenyan ministers get the chop 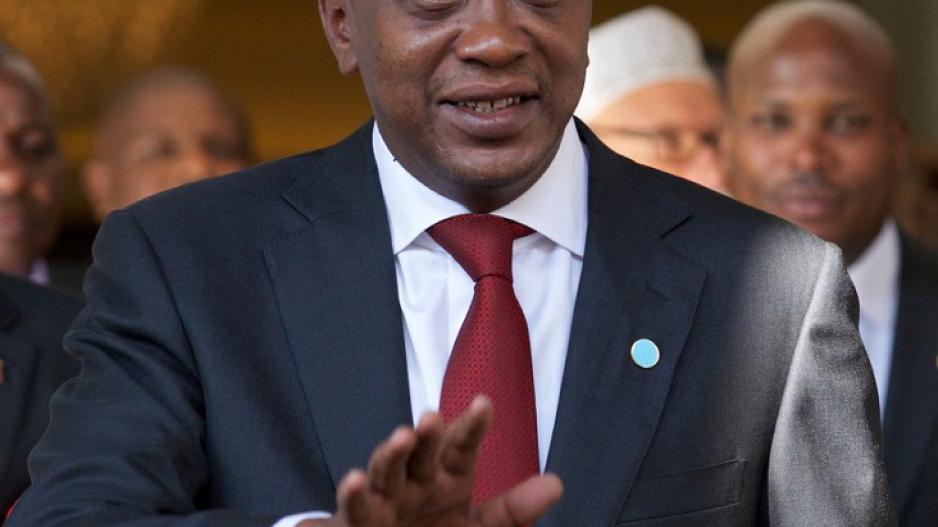 Kenyan President Uhuru Kenyatta leaves a hotel in central London, on May 7, 2013, as he prepares to attend a conference on Somalia.

The five were suspended -- on full pay -- since March. Another cabinet minister resigned on Sunday citing health reasons after a parliamentary inquiry alleged massive misspending in her ministry, including the purchase of a $17,600 television and a box of 20 ballpoint pens costing $85 (80 euros) each.

Scandals this year alone have included an official audit that could only account for one percent of government spending and a quarter of the entire $16 billion (15 billion euro) budget.

There have also been a series of land grabbing and procurement scams, allegations that Kenya&39;s army shares the spoils of a $400 million (376 million euro) sugar smuggling racket with an Al-Qaeda linked group it is supposed to be fighting in Somalia, and the inability to explain how a $2.75 billion Eurobond raised on international markets last year was spent.

Announcing the reshuffle, Kenyatta said it would "ensure the accountability of public officials".

"Having savoured our successes and having taken stock of our challenges, the time has now come to give my government&39;s development agenda fresh impetus," Kenyatta said, more than halfway through his first five-year term in office.

This month, a dozen foreign diplomats representing Kenya&39;s biggest donors criticised its failure to tackle the corruption "crisis" and threatened to impose travel bans on wrongdoers.

On Monday Kenyatta declared a range of measures aimed at fighting graft. He said corruption was a threat to national security and called on religious leaders to declare it "a sin against God and humanity".

Among the ministers sacked is Charity Ngilu, a close Kenyatta ally, who is accused of corruption in her former ministry of lands.

A report by Kenya&39;s Ethics and Anti-Corruption Commission said the ministry was "bedevilled with rampant corruption" and run by a "cartel" linked to Ngilu.