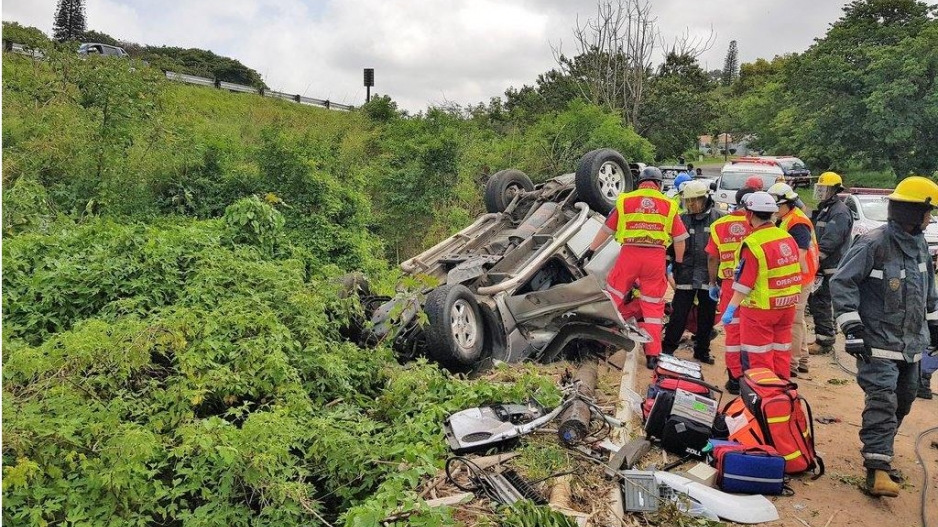 Five people died in a car crash on Conway Road, Berea West in the Westville area in Durban on Sunday afternoon.

DURBAN – Two women and three men were killed and four other people were injured when the driver of the vehicle they were travelling in lost control and it veered off the N3 just after the Pavilion, coming to a rest on its roof on Conway Road, Berea West in the Westville area in Durban on Sunday afternoon, paramedics said.

“Four occupants had been ejected from the vehicle and were found lying on the roadway. Immediately more ambulances as well as advanced life support paramedics were dispatched together with [the] Durban Fire Department.

“Two occupants who had been ejected had suffered major injuries and were declared deceased on the scene. Durban Fire Department [officers] worked to free the remaining trapped occupants in the vehicle using the jaws-of-life, while paramedics worked to stabilise them.

“Once freed it was determined that five [people] had passed away on the scene and four others had sustained serious injuries. The four were then transported to various Durban hospitals for the further care that they required.”

At this stage the events leading up to the accident were unknown, Jamieson said.