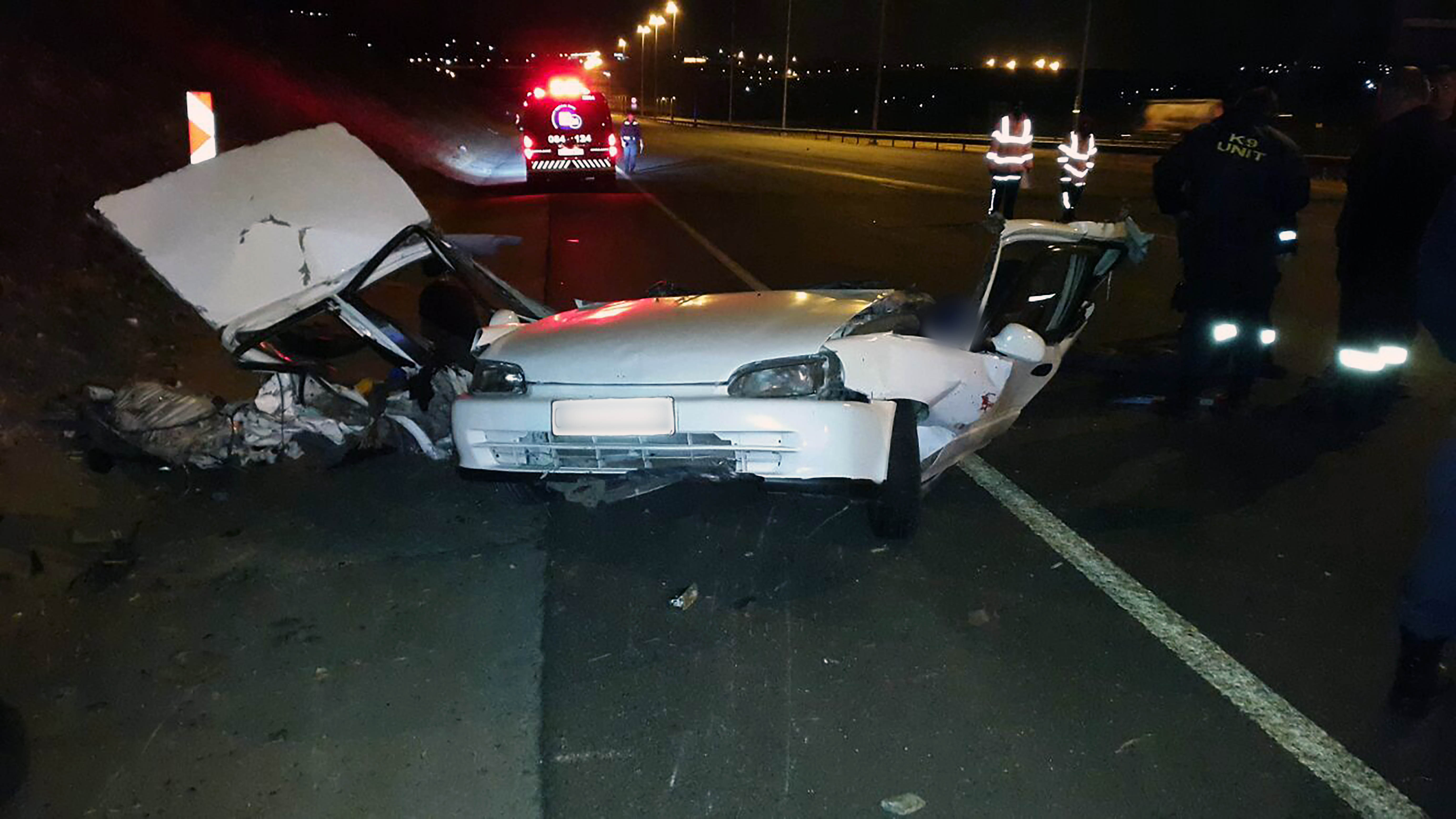 An image taken at the scene of a car crash that happened on the R21 south near the Nelmapius off ramp in Pretoria in the early hours of Thursday morning 20 August, 2015.

PRETORIA – Five people were killed in a crash on the R21 south, near the Nellmapius off-ramp in Irene on Thursday morning.

The collision occured shortly before 2am.

ER24 paramedics who arrived at the scene found an Audi Q7 lying on its roof and another car, said to be a Honda, ripped in half.

It is not yet known which car hit the other but the Honda, which was torn in half, is believed to have collided with the safety barrier.

All of the men, believed to be between 25 and 35 years old, were declared dead on the scene.

Another body was discovered inside the Honda.

The driver of the Audi was found walking around the scene with only minor injuries.

He was taken to a hospital for medical assessment and treatment.

The exact cause of the collision is not yet known but police are investigating.

The highway has been cordoned off and Vermaak advised motorists to seek alternative routes as traffic was heavily delayed.