Five killed in shootout with police 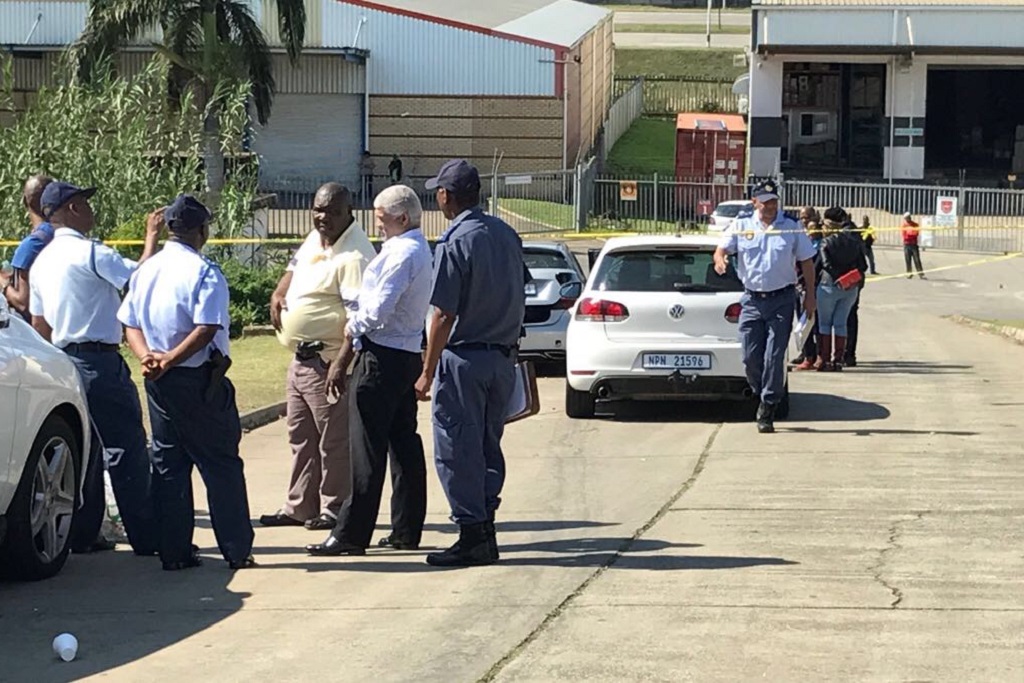 SAPS engaged in a shoot out with suspects during a cash in transit heist; five of the assailants were killed during the exchange of fire.

DURBAN - A cash-in-transit heist in Springfield Park resulted in five fatalities after a shootout with police on Monday.

Police reacted to a business robbery and approached the alleged robbers.

The SAPS confirmed that they and the suspects exchanged fire and one man was shot and killed at first contact.

Three suspects were arrested. Another four men fled the scene in a getaway vehicle.

Police gave chase and the suspects continued firing at members.

At Parlock area in Newlands, four suspects were shot and killed and one escaped. Firearms recovered were recovered at the scene.

Electron Road has been closed off, and Umgeni Road is affected and completely backed up, as well as Parlock Drive.